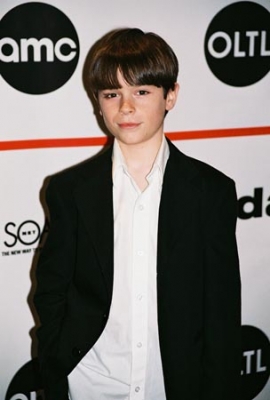 Some may wonder why we haven’t seen much of Matthew Buchanan as of late. Well, we are excited to report that the One Life to Live young star, Eddie Alderson, has been busy gaining rave reviews for his new movie “The Changeling!”

Co-starring with some of the biggest names in Hollywood, Angelina Jolie and Clint Eastwood, Eddie will play Sanford Clark and will be a part of the investigation surrounding the movie’s kidnapping plot. What can you expect when taking in a viewing of this November 2008 release? Based on a true story, the film will take place back in the 1920s and will surround the story of a young kidnapped child who was miraculously returned to his mother five years later! However, what happens when this grieving mother suspects that this little boy isn’t the one who was taken away from her five years ago!

Since coming to One Life to Live in 2001, this is Eddie’s second movie appearance. He also played in the 2007 hit “Reservation Road” as Einziger Augenblick.

Soaps.com wants to congratulate Eddie on his latest movie venture! We can’t wait to see this exciting new mystery when it’s released in November 2008 – and you bet we’ll be looking for you!

Exclusive Interview With One Life to...

One Life to Live’s Kassie DePaiva...