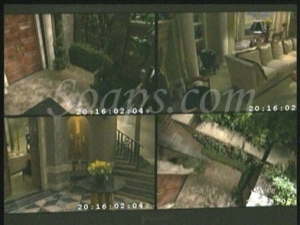 It’s good to be back and a lot happened in Llanview while I was gone. I loved Ally’s take on things in last week’s blog. Vacation or not, I couldn’t stay away from the TV when 2.00 PM came rolling around. Let’s take a look at some of the things that have me rambling this week…

Where art thou, Gigi?
My favorite psychic returned [loved her shout-out to Asa’s ghost] to help solve Rex’s mysterious Gigi sightings. I believe in a certain level of this paranormal activity and find it believable that Rex would be seeing Gigi. That’s not to confuse his grief and need for her presence with the true belief that Gigi’s ghost is visibly floating around the Buchanan Mansion. However, stranger things have happened both in Llanview and the real world, so I say bring it on, just as long as Rex doesn’t lose his mind along the way. Delphina never leaves Llanview without turning over a few unexpected truths, and I can’t wait until you find out what her clue, ‘Spotted Pony’, means. Not only will the name be familiar to two men, unrelated to Rex’s situation, but it’ll lead us to another mysterious person hidden away. If you can’t stand the suspense, find out more details through my One Life to Live Spoilers.

Hiding one boy’s crime verses another.
Nora’s upset over Nate’s part in Matthew’s condition is understandable. I have to side with Bo on this one. Yes, Nate initiated Matthew’s fall, which resulted in his brain injury, but Nate never intended to hurt Matthew this way. Nora wanted Nate prosecuted but wanted to hide the fact that Matthew killed Eddie… This is what we call a double-edged sword. Nora did the right thing by agreeing to stay quiet and acknowledging Nate’s regrets. Do you think Bo made the right decision? Let me know by voting in my Poll: Bo’s Decision.

Planning the future.
Destiny being pregnant finally brought her and Mrs. Evans back together. Having Shaun and Vivian around has surely helped but real mother or not, this is the woman who raised her. Destiny needed that mother/daughter connection. No matter what Nora wants, I don’t want to see another teen pregnant in Llanview. This storyline has already played out with Starr who happens to be a major, longtime character, so it worked. If Destiny decides to keep the baby to raise with the help of her family, I don’t want to see it written into any future storylines. Ron sent Kyle and Fish, two popular characters, off to raise Sierra Rose, so he might as well send Destiny, an unneeded character, to the same outside-of-town cul-de-sac, or the Buchanan Ranch in Texas, if they write her raising a baby in the mix.

Dr. Jekyll and Mr. Hyde?
Both Todds carry the same DNA... If this isn't a 'what the hell' moment, I don't know a better one. Oh, wait, yes, I do… on Tuesday when it was revealed that Irene Manning was alive and behind it all. If the show doesn't win a Daytime Emmy next year for best writing team I'll be damned surprised. This storyline has drawn us in with its mystery, and just when we think we've figured it all out, bam, another crazy twist unfolds. For those who want a refresher on Irene's past visit Barbara Rhoades as Irene Manning.

Which Todd was the love of her life?
Blair running around accepting and taking kiss samples from the two Todds was entertaining. The DNA results didn't prove who the real Todd Manning is, so why not explore other avenues. I'm not sure what Blair was hoping to gain from the kisses, considering she spent time with and gave herself to both these men, if in fact T.M. is really Todd.

Todd, is that you?
Loved the scene with T.M. and Jessica. Just like with Starr, Jessica had a close bond with the Todd of old, and it was nice to see that resurface. Viki's emotional scenes with the man she recognizes as her brother from the past were just as gratifying. Now that Clint's going to be living at Viki's boarding house, I mean Llanfair, T.M. should get some funny cracks in at him, as the two never got along. Hopefully, T.M. remembers that little detail from his past as well.

"I love you too, Twinkle."
It's about damn time Jarr fans finally got the moment they've been waiting for. Better late than never, but Ron lost me with this couples' lack of emotional scenes as of late, as well as interjecting Baz into the mix. I'm okay with that though... never been a fan of Daytime teen sex.

Former One Life to Live's Kathy...