If you missed the video blog the actress took part in, along with two of her Llanview co-stars, watch Kristen And Nic Unplugged.

“One Life To Live” actress Nafessa Williams (Deanna) is currently starring in the new Mack produced film “Streets” as Nichole Gordon. The film premiered on Sunday at the Suzanne Roberts Theatre at 480 South Broad Street in Philadelphia, Pennsylvania and surrounds the changes in Nichole’s life after being forced to move from the wealthy suburbs to Philadelphia after her mother becomes the city’s new Assistant DA.

Incidentally, actor Will Smith was in attendance at Nafessa’s premiere. Watch the official trailer on Soaps.com. 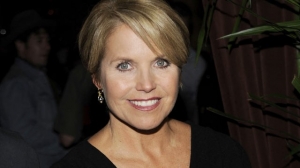