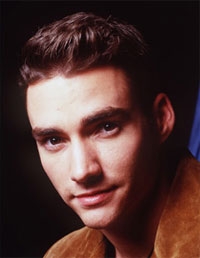 Former “One Life To Live” actor Don Jeffcoat, who played Joey Buchanan from 1997 to 2001, has just opened a martial arts studio in North Hollywood, California. Whether you’ve always wanted to learn the art, or know someone who does, contact Don and his staff through Shaolin American Self Defense Academy to discuss group or private lessons.

Visit Joey Buchanan’s Character Profile to find out who else played the character over the years.

One Life To Live's Bree Williamson...