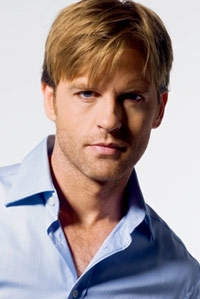 Soap actor, movie star, fitness company owner… One Life to Live’s Trevor St. John does it all! And now he’s been cast in the new Wes Craven movie 25/8!

With the movie currently in pre- production, having started filming this past April, 25/8 will bring viewers an edge-of-your-seat thriller as we watch how a serial killer stalks seven children in his hometown who were born on the same day he was supposedly buried and put to rest!

Sound scary? Well it should be with Wes Craven at the helm, most recognized as the master of horror with films including A Nightmare on Elm Street, Music of the Heart and Scream to name a few! Look for 25/8 to be released sometime in 2009. We’ll keep you posted with more details as they come!

Soaps.com wants to send Trevor our best! For someone who works daily on a soap – as well as just having wrapped up his new, co-written short film, we honestly don’t know where Trevor gets the time! However, it only proves that he loves what he does and enjoys delivering the best performances to his fans!

One Life to Live Contest: Win A...

Snoop Dogg's Remix of One Life to...