One Life to Live Contest: Win A Phone Call From David Chisum! 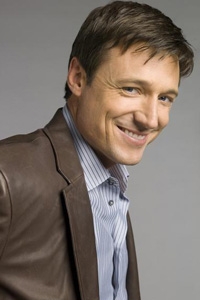 We’ve been intrigued with One Life to Live’s Miles Laurence since the first day he appeared in Llanview back in February 2007. What would you say if I told you that you could win a phone call from his portrayer David Chisum himself? No, I’m not teasing, but… There’s a catch!

Before the dreaded Writer’s Strike started back in November of 2007, fans may remember that Miles had a secret – one that was never revealed. Well, Soaps.com has learned that Head Writer Ron Carlivati wants to revisit that storyline for the viewers – and he needs your help!

Fans won’t want to miss this cool new “Write In and Win” contest: What do you think Miles’ secret is? The fan who has the best concept for what Miles has been keeping to himself all of these months will receive a personal phone call from David – and a free year subscription to his fan club! What if you’re already a member… then you’ll be given a lifetime membership!

Keep in mind, you have from now until May 31, 2008 to enter, as many times as you want, making sure each entry is formatted like so…

Once you’ve included all the required information above on a card, be sure to address your envelope to:

The lucky winner of this neat contest will be chosen through a random drawing on Saturday, June 7, 2008, at which time David’s camp will schedule your personal phone call. If you have any questions, feel free to contact David’s fan club president, Jeania, at chisumfan@aol.com.

Soaps.com wants to wish everyone the best of luck! We’ll be talking to David in the coming weeks, so stay tuned to our One Life to Live News Room for the interview! Don’t forget, if you happen to be the lucky winner, feel free to Contact Us to share your experience!

One Life to Live Actor and Show...

‘Welcome To The Blumhouse’ Sets Next Chapter Of Film Anthology With Inclusive Genre Thrillers ‘The Manor’, ‘Black As Night’, ‘Madres’ And ‘Bingo’