Erika Slezak (Viki) has been with the show for almost all of its years. Find out what she had to say about her 40 years in Llanview through this Video Promo: Erika Slezak's 40th Anniversary Party. 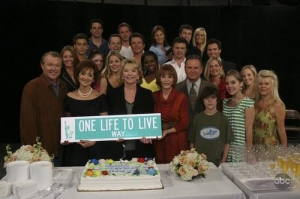 Gather with other fans to celebrate.

This Friday July 15 marks “One Life To Live’s 43rd Anniversary. The show debuted on the ABC network on July 15, 1968. Fans have been rallying to save the show and have decided to celebrate the cast and crew by pulling together for its anniversary. Considering One Life To Live And Llanview Will Now Live On, we all have a lot to celebrate!

The “Love In Block Party” will take place on Friday July 15 from 10.00 AM to 4.00 PM outside the ABC Studios at 320 West 66th Street in New York City, New York. This is a fan-planned, free event. Those attending are asked to join in the celebration of the show’s anniversary, honoring its cast and crew.

Soaps.com has enjoyed the storylines over the years, and we can’t wait to find out what comes next with their new online venture.

One Life To Live's Kim Zimmer In Sunset Boulevard 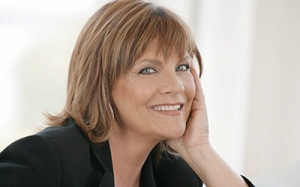