One Life To Live Saturday Teaser Poll: Arguing Over Secrets

The ramifications of not telling.

Next week, two people have it out over the various secrets they’ve kept from each other. With so many people trying to hide one thing or another from someone else, do you have any idea who argues over it?

Soaps.com invites you to vote in our Saturday Teaser Poll. We don’t want to ruin the surprise, so don’t post the spoiler, but go ahead and tell Soaps.com who you’d like to see argue over their kept secrets. If you want to know more of what’s set to happen in Llanview next week view our One Life to Live Spoilers. 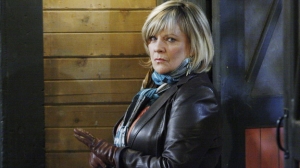