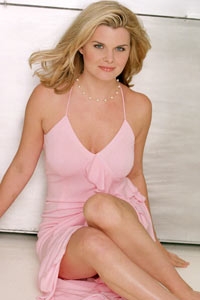 Heather Tom (Kelly) will be sweeping primetime in the coming months.

Don’t miss Heather on October 9th at 9 pm EST in the Lifetime movie THE RIVAL. You’ll see Heather as never before in this suspense thriller!

Heather will also appear on the USA network series MONK.

For those of you Heather Tom fans, also fans who watch Monk, you won’t want to miss Heather playing Linda. Heather’s character Linda thinks her brother-in-law is responsible for her sister’s sudden death. It is then when Linda goes to Monk (Tony Shalhoub) for help.

The daytime Emmy winner will appear in the episode titled “Mr. Monk Is on the Air,” which will air in the second half of season five, starting in January 2007.

To learn more about Heather and her career, you can visit her Official Website.

One Life: Many Voices