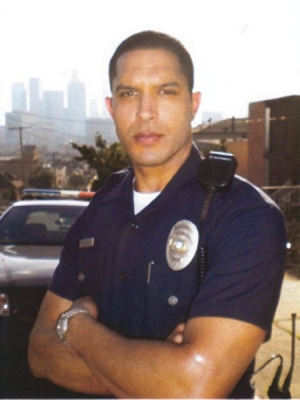 Terrell Tilford is busy playing Romeo to the ladies of Lifetime’s new procedural “The Protector” these days, but the Daytime vet is hoping to make a grand return to Llanview before “One Life To Live” ends its run in January 2012. Can Greg get out of Statesville in time?

“I’d love to make a final appearance before it goes off, especially considering some of the stuff coming up story-wise with my little sister and all that,” Tilford told Soaps.com. “We’re talking about making it happen, so we’ll see.”

Tilford also shared his take on Daytime’s newest cancellations. “This is probably not going to be the most popular opinion. I am sorry to see it go. At the same time, it was on for 40-plus years. Most things don’t run that long. I was also on “Guiding Light,” which was on for some 72 years. They have run their course, whether it’s changing times or something else. [Daytime is] still an institution. Why we can’t still have a happy medium? Instead, with more and more reality and talk shows, it’s canceling out a medium. I try to encourage the fans: You won’t forget your shows, but also, support your actors in the new shows that they move on to. They’re opening up a new avenue. I hope I won’t get slayed for that.”

“The first people I always think about are the crew – those guys and women with families,” Tilford adds. “Not just the lighting guys, but the florist, the delivery people. It’s still very difficult losing a job, but I’m a believer in one door closes, another door opens. Every job I’ve been on, if the contract ends, people always say, ‘Oh, I’m so sorry!’ Don’t be sorry for me. What’s next? There’s more out there.”

Next up for Tilford is upholding the law, while flirting with Tisha Campbell-Martin on The Protector Sundays at 10.00 PM Eastern.

One Life to Live’s Catherine...

One Life To Live Poll: Next For...