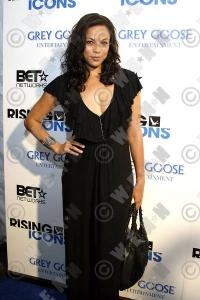 One of “One Life To Live’s” former actresses will be heading to Primetime. Be sure to check out this Friday’s June 3 “Speed Date” episode of “Femme Fatales” to see Daphnee Duplaix (ex-Rachel Gannon) as Alexis.

In the latest episode, Daphnee’s character turns to an online dating site and meets an unlikely match, one who’s also surprised by his match-up with ‘Alexis’. The two set out on a deadly rampage during the show that airs on Cinemax at 11.00 PM.

Find out about another soap opera star who recently appeared on the show through Days of our Lives’ Bren Foster On Femmes Fatales.

One Life To Live Video Promo: I...