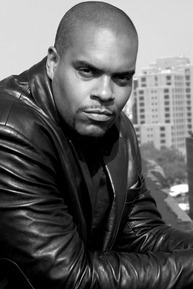 Soaps.com has been informed that Sean Ringgold (Shaun) will be hosting an after party in addition to his fan event on August 15, 2008 (see fan club party details below)! Everyone who has a ticket to and attends his fan club party will be invited to join Sean for some late night fun! The exclusive night club where the after party will be held will be announced at Sean’s fan club party. The fun will include an open Vodka bar, specialty drinks, and a whole lot of music – VIP style, as a way for Sean to show his fans just how much they mean to him! So if you’re attending Sean’s fan club event, don’t plan on heading home early, as it’ll be a night full of fun with the big man himself!

Soaps.com is happy to announce that One Life to Live’s Sean Ringgold (Shaun) now has a fan club, which is currently planning their very first event!

On Friday, August 15, 2008 fans can gather at the Prohibition Night Club in NY, NY for three hours of fun with Sean! You’ll get to mingle, chat it up with and just spend a wonderful time out with one of the show’s fan favorites while enjoying Hors D’oeuvres and a cash bar! Having talked with Sean in the past, read the interview here, we can tell you that nothing means more to him than his fans, so we just know his first annual fan club event with go off without a hitch!

So clear your calendars and take note of the details below…

Where: The Prohibition Night Club at 503 Columbus Avenue in New York City, NY

Aside from arriving on the show in 2006, Sean is a professional motorcycle stuntman and an all around talented guy. He has worked as a security guard for many topnotch celebrities and enjoys doing motivational speaking for kids, reading, snowboarding, surfing, skydiving, mixed martial arts and watching sports.

Soaps.com wants to congratulate Sean on his very first event! We just know you’ll have a blast with all of your fans!

One Life to Live's Michael Easton...

Amy's One Life in a Week!