Robin Strasser To Exit Before One Life To Live’s Last Air Date. (UPDATED!) 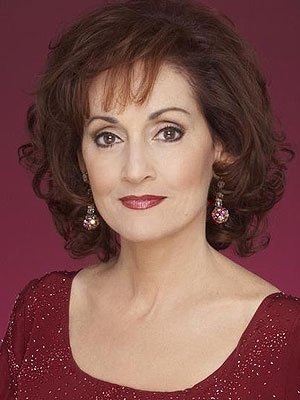 Goodbye to a legend.

For those wondering if Robin will be returning to the show before it goes dark on ABC in January, or if Prospect Park has reached out to her in regards to a return once the show goes online, Robin tweeted, “No, haven’t been asked to participate in prospective Prospect Park “OLTL.” Nor in “OLTL’s” last final months. Diss-appointing? yes-Surprising-no.”

TV Guide is reporting that Robin will air her final scene in Llanview on August 25.

Robin will be leaving earlier than expected and tweeted, “Just told my last tape date “OLTL” is Friday June 24, one week earlier than original date chosen. Today’s script: Best in years. Ironic! Scenes were “goodbye” to Viki and “Adieu” to les Cramers. Working with Erika Slezak, and my girls: awesome. Glad I didn’t know demise date.”

Previously Reported on May 27:

Robin will tape her last episode on July 1 and tweeted, “Honorable Discharge just signed and faxed. Mutually agreed to, I will tape my last show July 1. I look forward to my life after One Life.”

Previously Reported on May 18:

“One Life To Live” actress Robin Strasser, who has played Dorian Lord off and on since 1979, will be leaving the show, due to back issues, before its last air date on January 20, 2012. Robin tweeted, “I’ll have to leave “OLTL” sooner than the cancellation date, for compelling health reasons. Unable to meet high standards I owe our great show. Bummer! Darn right. Wisdom indicates a Grace-full exit, before I fall on my bum. Always leave ’em laughin. With Tuc [David Vickers] and luck, hope I will!”

Soaps.com wants to send Robin a special thank you for bringing us so many drama-filled years. We will never forget all of Dorian’s storylines and how they impacted those surrounding her in Llanview.

We’ll be sure to alert our readers to Robin’s last air date when it’s announced. To find out what Robin had to say about the cancellation visit Robin Strasser Speaks Out.