If you missed some of the fan rallies that went on this week check out Catherine Hickland Rallies ABC Studio With Soap Opera Fans.

“They didn’t ask me to make any appearance…”

It’s no secret that actor Blair Underwood has had roles in numerous Primetime and film productions, most recently as President Elias Martinez in “The Event,” but did you know he got one of his starts in Daytime?

Blair started his acting career in 1985 with one role being “One Life To Live’s” Bobby Blue from 1985 to 1986. Watch what Blair told RumorFix about Daytime and the respect he has for the genre.

One Life To Live Poll: Aubrey's Feelings For Joey 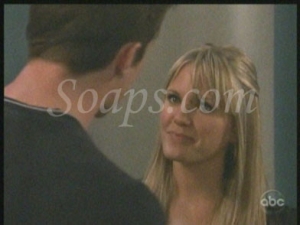