Barret Helms Joins The Cast Of One Life To Live. (Updated.) 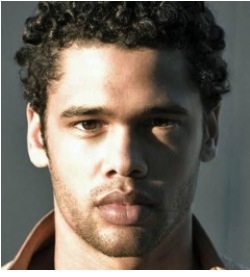 Rumors have been circulating, and now the actor has confirmed that Baz is heading back out of Llanview. Though Soaps.com doesn’t have a final air date for the character, Barret has filmed his last scenes and tweeted last night, “I guess the news broke that Baz is leaving Llanview soon. Just when I was making headway with Starr! Haha. Had a blast, thx for the love!”

Fans may remember this Daytime newcomer from his role in the 2009 film “Precious,” where he played Tom Cruise. ABC Soaps In Depth is reporting that Barret Helms will appear in Llanview in the role of Baz. His character is said to be a college student who will intern at a Llanview newspaper. Whether it’s The Banner or The Sun is yet to be determined. However, he will have a connection to someone else who’s pretty new in town. Deanna? Stay tuned!

Strangely enough, considering One Life To Live has been canceled and will last air in January 2012, this is said to be a contract role. Look for Barret to first appear in mid-June.