I've heard of kissing cousins but this…
Boy, the steam room got a lot of action this week. Cutter and Aubrey's cover was officially blown. It would've been okay had Tess been the only one to find them out, considering she wants in on their scheme to rob Jessica's brother blind and wouldn't be so quick to reveal their connection. However, the one woman who has proven she can't let go of that same brother now knows as well. I'm actually hoping Kelly does decide to hook up with Clint to expose Aubrey and Cutter's real relationship to Joey. It would make for some lighthearted fun, considering the highly emotional predicaments Clint's landed himself in as of late. The act would mean more deceit, but it could send Clint on the road of redemption if he plays his cards right.

It's a little too little, it's a little too late.
I like that Clint went to check in on Shane but can understand Rex's anger at the audacity of Clint's move. I'm not sure Rex can ever forgive what Clint's done, but I'd like to see Clint make amends and try to win Rex back as his son, as well as be there for Shane, who was clearly upset to hear his new grandfather wanted nothing to do with him. Rex fits into the Buchanan family about as much as David does, but there's definitely a place for Rex at the last few remaining Buchanan family dinners.

The end of The Banks.
I can't express enough how disappointed I am of what Charlie and Viki have become. To end this once strong relationship by having Charlie stray and realize that he loves 'an Echo from his past' more than the woman who helped bring him back to life… Very disappointing. Let's just hope the head writer doesn't try to push Clint and Viki back together. I'm not up for another go-round of that storyline but am looking forward to another return of Niki Smith. Are you? Vote in my Poll: Niki Smith Storyline to let me know how you feel about what's ahead.

An envelope of secrets.
Suspicion is starting to follow Tomas around in full swing. Blair doesn't know him and has heeded John's warnings. Tea's always wondered why he up and left their family, never to return. I'm more convinced that whoever Roger Howarth turns out to be in this tight-lipped storyline is the person Tomas has been having these mysterious phone conversations with. It also makes me wonder if he's the same person who kept calling Todd before the shooting. If there's one last storyline I'm anticipating, it's this one.

Through all of the sadness endured by the cancellation news, I encourage you all not to stop watching the show. It wouldn't be fair to the actors, those behind the scenes who've brought us these storylines or to yourself. You've loved and supported this show. Please don't stop now. 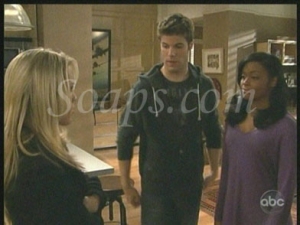 Aside from having to say goodbye to a longtime resident of Llanview, as well as Viki and Charlie’s marriage, fans were forced to hear the news we’ve all been dreading… One Life to Live has been canceled, as well as “All My Children.”

An end of an era.
I received the news yesterday while recapping the show and honestly didn’t know how I’d get through that hour of writing. I’m devastated, not only because I’ve spent the last five years as the “One Life to Live” writer for Soaps.com, but because I’ve been a fan of the show for thirty years. I feel deeply for all of the actors, the crew and the fans. I will say I have no respect left for ABC. They strung us around for the past year claiming these rumors weren’t true while they were putting their ducks in a row in order to replace these two soaps with lifestyle shows. I realize the economy is bad but don’t we already have enough lifestyle shows out there? Do they forget that soaps have a huge, loyal following? I’ll have more to say about this each week until the show is gone. It’s been a very hard couple of days. I’m numb. Let’s try to enjoy the show while we can. I know, easier said than done, but don’t we owe it to Llanview? I talked to a few of the actors and have included their interviews in the “OLTL” News Room.

“Three’s Company.”
James is no John Ritter, and Starr and Deanna definitely wouldn’t work well as the other part of a threesome in the Ford apartment. I think Eddie had a hand in forcing Deanna to break up with James and make him believe she didn’t love him. Knowing firsthand how mentally and verbally abusive Eddie was, I have to wonder if James will be able to let Deanna go without taking into account what they lost due to his father. I’m not sure where Starr is going to fit into this and am finding the chemistry between James and Deanna lacking.

Farewell Langston.
Langston’s send off went well. I could see the sadness in the actors as they played out the scene. Kristen (Starr) and Brittany (Langston) are best friends off screen as well, so it had to be tough saying goodbye to their Llanview connection after five years. It was nice to see Markko pop back into town, even if it was to take Langston out of it. Soon, we’ll have an even more emotional goodbye when we have to say farewell to Llanview as a whole in January 2012.

Can they really move on?
Hey, you never know… No matter how much John takes comfort in Kelly’s arms, his heart will always remain with Natalie and the son he thinks he can never have. There’s no doubt that Natalie loves John, but I’m a bit worried that she and Brody will fall back into each other’s arms as a way to once again ease their pain over the loss of John and Jessica. We’re seeing it happen already. If more rebound sex takes place, there may never be any hope for John and Natalie to reconcile. 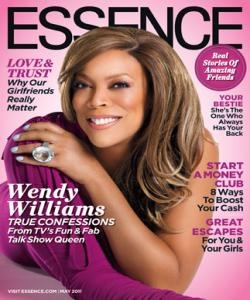