Secrets remain.
And I'm not just talking about the whopper that crazy Marty is playing God with. Now that we know Roger Howarth is returning it's safe to say the Manning clan is going to have a whole new set of reasons to be unstable. Like I've said in the past, I hope the Todd we've known for years is Todd, not the man returning with his old face. In any case, this storyline is going to be like none other. I give the writers a big nod for tackling such a project by throwing together an original and a recast of one of Daytime's biggest characters into the same storyline. Who do you want Todd to turn out to be? Vote in my Poll: Who Do Fans Want As Todd Manning?

Not another triangle.
One minute I'm intrigued to find out what kind of past James and Deanna shared then in the next, I'm afraid we're heading down the road of repetition. Seeing how James took Deanna under his wing reminds me of how Cole handled Hannah. Here we go again. Starr, you better run for the hills while you still have a chance. While we're on the subject of mixed matched couples, Ford and Tess were hot, hot, hot!

Vicker Man: The David Vickers Story.
I would so go watch this movie and hope the show somehow incorporates bits and pieces of it into a future storyline like they did with David's "Have-A-Seat" hemorrhoid commercial. We all know this movie is a means for TPTB to write Langston off into the Hollywood sunset next week. At least they didn’t kill her off and there's still a chance we could see her and Markko return again sometime down the road. Unfortunately, this also means we will be seeing less of David, as Tuc will be heading back out his revolving door to Llanview. 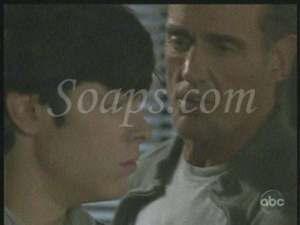 Credit: Who is the real Todd? (Soaps.com)

Revelations, unexpected kisses, new roommates… Oh, so much developed this week, so let’s get right to it.

Matthew ‘The Murderer’ Buchanan.
I’ll always admit when I’m wrong, and I was wrong about Matthew. Once the storyline started to unravel, I truly didn’t think the obvious would result in Matthew being the real murderer. It was a bit of a disappointment. I would’ve still liked to have my theory pan out: Nora as the killer and Matthew covering for her as her protector. However, I think with Matthew having Eddie Ford’s blood on his hands we may see this character revert back to who he once was… a sweet, caring kid. I’ve never warmed up to his newfound arrogance and always thought it was totally out of character. In the same sense, I have to give Clint credit for trying to protect Matthew. I’m not saying it’s okay to cover up a crime, but in Eddie Ford’s case, well, Matthew did the world a favor. Clint still has a lot of crow to eat for his past actions, but this is a start to bringing this character back to the forefront as the respectable man a lot of people once looked up to. Now the question remains, will Nora and Bo cover up Matthew’s crime?

You stink of Echo.
Viki was initially pretty mellow as far as I’m concerned. Sure, she was in shock, but if I had found my husband in bed with the town tramp I would’ve torn into them both just to appease my own hurt then told them to have a good life. They deserve each other. End of story. A cheating husband isn’t worth much more time than that. It’s sad, really. Charlie, aside from Ben, gave Viki a love story of a lifetime, and the writers really ruined something special here. I think it’s safe to say that Tess will use this to her advantage and put Viki over the edge in an attempt to make sure she doesn’t get custody of Ryder. Let’s say it all together fans… Welcome back Niki Smith.

Shane, no!
Thank God Gigi and Rex convinced Shane that he still has plenty to live for. I could feel their fear from the moment they stepped out onto the roof and saw their only child ready to end his life. I’m not sure where they’ll go with Shane from here but hope, after such a compelling storyline, that the writers don’t just throw him into St. Ann’s without finishing what they started.

How could you be so cruel?
I was more than a bit peeved that Jack didn’t feel any remorse when confronted by Blair about what he’d done to Shane. I think deep down inside he might feel something but why lash out like that? I get that his father’s been shot and his family is always buried in some sort of drama, but to show totally disrespect like Jack did to his mother… I would have slapped him straight across the mouth too. Do you think Blair handled Jack correctly? How would you have handled your own child? Please vote in my Poll: Blair’s Parenting Skills to let me know. 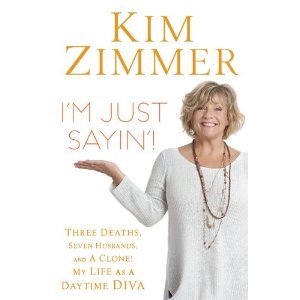 One Life To Live Saturday Teaser Poll: Confessions Of Love