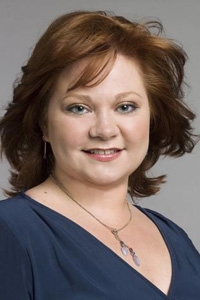 This Ball and silent auction will benefit the AIDS Community Research Initiative of America and the Bailey House, an organization that provides housing for those homeless who are suffering from HIV/AIDS.

What other details will you need for this formal, black tie and gown event? To enjoy a night of dancing, Broadway-like entertainment, a four-course dinner, including a Viennese Dessert buffet and an open bar, get your calendars ready and markdown the details as follows…

What: Twenty-second Annual Night of a Thousand Gowns event

Where: The Broadway Ballroom in the Marriott Marquis Hotel on Times Square, Broadway at 46th Street in New York City, NY

Soaps.com wants to invite those who will be attending the event to contact us with their fan experience and let the soap community know what it was like to hang out with Catherine and Kathy at such an exciting event!

One Life To Live Dispels Casting...

Danielle Di Vecchio Appearing On One...