One Life To Live: Melissa Archer And David Gregory In Excuse Me For Living 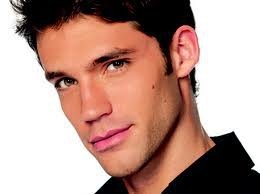 One Life to Live co-stars Melissa Archer (Natalie Banks) and David Gregory (Robert Ford) are taking part in a new romantic comedy titled “Excuse Me For Living.” Written, directed and produced by Ric Klass, the independent film surrounds a charming, yet suicidal, druggie who is ordered by his rehab-clinic to lead a seniors men’s group. If he doesn’t, he’ll face imprisonment and risk losing the love of his psychiatrist’s daughter.

Soaps.com will keep our readers posted on when you can expect the film to come to a theater or festival near you.

If you missed Melissa in these recent drug store commercials check out Melissa Archer's Walgreens' Photo Shoot. We invite you to join Soaps.com on Twitter @soapoperafan and "like" Soaps.com on Facebook to dish on One Life to Live, all the other soap operas, Glee, Grey’s Anatomy and Vampire Diaries.

Susan Haskell To Exit One Life To...