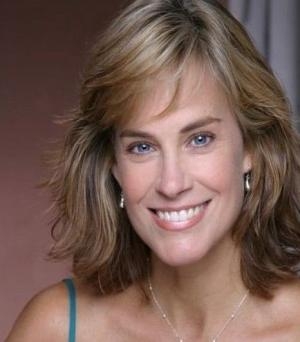 Given the numerous storylines consuming One Life to Live these days, it isn’t surprising to see all of the comings and goings resulting from them! We’re happy to bring you the latest newcomer for the month of March and promise she’ll be a familiar face to many!

Some may recognize Catherine Mary Stewart from her 2002 role on CBS’s Guiding Light as Naomi, but longtime Days of Our Lives fans will most remember the actress as being the very first Kayla Brady (now played by Mary Beth Evans, which she originated in 1982 until her departure in 1983.

Since leaving daytime back in 2002, Catherine has appeared in both primetime and film in such features including “The Girl Next Door,” as Mrs. Moran, “My Daughter’s Secret,” as Detective Marrin, “Sharpshooter,” as Amy, most recently as Kim Callan in “The Attic,” and in the upcoming film “Love N’ Dancing” as Aunt Katie!

Though it’s hard to say if Catherine’s role on One Life to Live will be a recurring one, fans can look for her to appear on March 11, 2008 as a mom who will interact with Marcie McBain (Kathy Brier).

Soaps.com wants to welcome Catherine back to daytime!

Who Killed Sara?: The 6 Bats—t Twists That Have Us Excited for Season 2