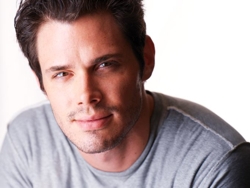 Former One Life to Live actor Josh Casaubon (ex-Hugh Hughes) will be appearing in CBS Primetime this week. On Sunday March 20, at 10.00 PM, fans can catch Josh in the “CSI: Miami” episode titled “Special Delivery.”

Do you remember Josh’s character, Hugh, and the memorable mistaken identity storyline that surrounded his death and the survival of John McBain (Michael Easton)? If not, get a refresher through Hugh Hughes’ Character Profile.

We invite you to join Soaps.com on Twitter @soapoperafan and "like" Soaps.com on Facebook to dish on One Life to Live, all the other soap operas, Glee, Grey’s Anatomy and Vampire Diaries.

One Life To Live's Mark Lawson...