One Life To Live’s Florencia Lozano At The Revenge Brunch 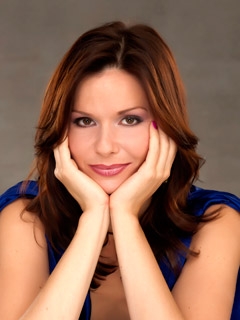 A collection of plays.

One Life to Live’s Florencia Lozano (Tea Delgado Manning) will be appearing at the Ensemble Studio Theatre, 2nd Floor, at 549 West 52nd Street in New York City, New York on Sunday March 6 for “The Revenge Brunch.” The production is described as follows, “Evil bosses, neglectful parents, haughty casting directors, best frenemies and even devious pets get an eye for an eye in this collection of brand new short plays.”

If you're interested in meeting the actress at a later date check out details for the 2011 One Life To Live Fan Club Weekend. We invite you to join Soaps.com on Twitter @soapoperafan and "like" Soaps.com on Facebook to dish on One Life to Live, all the other soap operas, Glee, Grey’s Anatomy and Vampire Diaries.