Lauren Glassberg on One Life To Live! 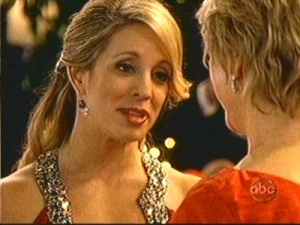 With the “Go Red Ball” set to start this week, Llanview residents can expect secrets to be exposed as well as a few guest surprises along the way!

Those of you who watch ABC news will find one of Llanview’s newest socialites to look familiar. In fact, Lauren Glassberg will be one of the topnotch ‘unseen’ citizens of Llanview attending the event to promote heart health awareness!

Joining Eyewitness News of New York City back in 1999, in the city she grew up in, Lauren is enjoying the excitement of bringing her fellow New Yorkers all the latest news surrounding an area that is close to her heart! Prior to her work in New York, Lauren even obtained an Emmy nod for her coverage of the St. Peter Tornado while working as a Saturday morning news anchor in Little Rock Arkansas!

Other appearances to look for at the Ball will be Kevin Orourke (playing Llanview’s mayor) who starred in shows such as “Cashmere Mafia,” “Law and Order,” and “The Sopranos” to name a few. Look for Kevin’s first airdate on February 13, 2008.

Soaps.com wants to welcome both Lauren and Kevin to the show! We are very excited about this new storyline and look forward to seeing you take part in it!

Michael Easton NOT Crossing Over To...