Michael Easton NOT Crossing Over To AMC! 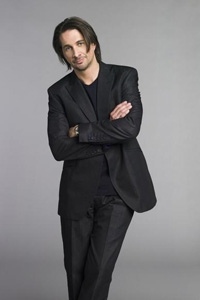 In light of all the emails we’ve received from fans asking if and when One Life to Live actor Michael Easton will be taking his character, John McBain, for a crossover trip to All My Children’s Pine Valley, Pennsylvania, we’ve decided to clear the air!

Soaps.com has received word from a One Life to Live Rep. stating, “This is not true.”

Although Michael taped some scenes with some of the AMC actors back in 2004 during the Kelly, Kevin, Ace, and Paul baby switch plot, he never appeared on the soap before. Prior to joining the cast of One Life to Live in 2003, Michael spent two years playing super sexy priest/vampire Michael/Caleb Morley on the General Hospital spin-off Port Charles.

Soaps.com is happy to put this rumor to rest for fans who have been pleading with us for the details. However, that’s not to say we wouldn’t be excited if such a crossover did take place in the future – with any of the Llanview residents!

Lauren Glassberg on One Life To...