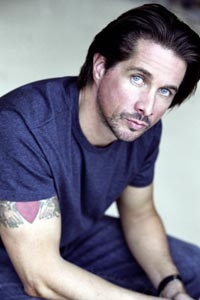 Recently I’ve been hearing talk about a special birthday surprise for One Life to Live actor Michael Easton (John McBain). After looking into it further, and talking to the president of his unofficial fan club, I wanted to pass this news along to fans who not only will have a chance to wish Michael a happy birthday but will be able to contribute to a great cause in his name as well!

For those who don’t know, in 1994 Michael lost his mother Joan to ovarian cancer. Since then, Michael has been a big supporter of The Ovarian Cancer National Alliance as well as the American Cancer Society. Although Michael is always generous with his fans at events, he simply doesn’t have the time to back an official fan club, but recognizes The Unofficial Michael Easton Fan Club Inc. and all they’ve contributed to over the years. Priding themselves by pulling together fans of Michael’s to raise and contribute to the actor’s charities of choice, Michael’s Birthday Surprise only shows just how dedicated they really are!

Although the group has been hustling for the past year to raise $10,000 for The Ovarian Cancer National Alliance as a way to give Michael a special birthday present, there’s still time for fans to get in on the action! Don’t worry, you don’t need to be a member of the unofficial club to contribute. In fact, fans from all over, including other soap star fan bases, have been eagerly donating!

“For Michael’s birthday all of his fans, no matter what couple pairing they like or what group they are from, are joining forces to show him that we are fans of Michael Easton first and we want to honor him by making a positive difference in his name. It is amazing what we can all do if we pull together.”

Here’s how it works… Everyone who makes a monetary donation will get their name included in the special birthday card, to be delivered to Michael by The Ovarian Cancer National Alliance, on his birthday – February 15, 2008. (Michael will be turning a handsome and young forty-one!) Anyone who donates $50.00 or more will be able to include a personal message to the great man himself!

With the deadline of February 11, 2008 creeping upon us, please be sure to visit The Ovarian Cancer National Alliance page, fill out all of the relevant information and be sure to put a check mark next to: This donation is in honor or memory of an individual.

Soaps.com wants to commend the Unofficial Michael Easton Fan Club for all their hard work in an attempt to make this year’s Birthday Surprise to Michael another great success! Be sure to visit their page and read what Michael had to say about last year’s contribution!

Happy birthday, Michael, from all of us here at Soaps.com!