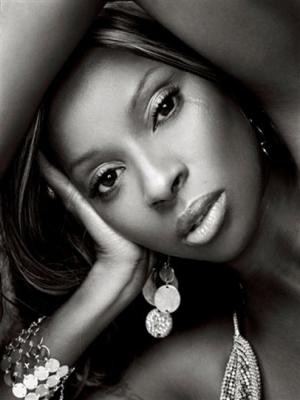 It’s been a long time since Mary J. Blige last sang at Capricorn back on July 28, 2006. But now she’s back! The Grammy Award winning artist will return just in time for Valentine’s Day!

Although scenes were taped this past Thursday, January 17, 2008, we won’t have to wait long to hear her nominated single, “Just Fine” and “Hurt Again” – both off her December 18, 2007 CD release titled “Growing Pains.” Come February 15th and 18th Mary will travel to a new Llanview club and perform at Ultra Violet for a special surprise birthday party! I could tell you for who but… It’s a Spoiler!

Soaps.com wants to welcome Mary back to the show! The last time she appeared, fans were raving about her performance for weeks on our message boards!

I have to send a special thank you out to the show… Over the years, One Life to Live has brought an awesome list of artists to screen including Lifehouse, Tito Puente Jr., Simply Red, Chris Botti, Erykah Badu and most recently, Timbaland, Keri Hilson and One Republic! You never fail at going that extra mile to bring us the best in daytime entertainment!