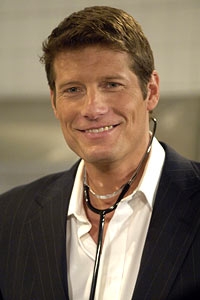 Every soap opera fan obviously has their favorite show, along with their preferred characters. While we all look forward to watching our soaps each day, we can’t help but get upset when those we depend on for entertainment suddenly up and leave. Whether their departure is a result of an ending storyline, a controversial firing, a brief temporary return, or merely an actor’s decision to move on to something else… It’s never easy for those who are forced to accept their shows without them.

For fans of One Life to Live, Llanview, Pennsylvania is no exception. 2007 marked a big year for losses… Even writing this article, I’m amazed by just how many! While some were happy and others were sadden by those who left us, let’s honor them all by taking a walk back through the year 2007. Grab a tissue, I guarantee some will still have you sobbing, “Please bring them home!”

In the month of January 2007, fans were finally able to say farewell to the evil Dr. Spencer Truman. However, his portrayer, Paul Satterfield will always be remembered for his handsome good looks and ability to take fans on one heck of an emotional roller coaster ride! We’ll eagerly be awaiting his next project!

April of 2007 was perhaps one of the saddest months after fans were informed that longtime veteran Phil Carey would be ending his run as Llanview’s billionaire cowboy Asa Buchanan. After not being able to agree on a full-term contract renewal, the actor decided it was time to move on, which in turn caused Asa’s death. Although we were treated to a visit from Asa’s ghost thereafter, Llanview will never be the same without this Buchanan patriarch!

In the same month, April 2007, fans were teased into thinking Viki Davidson (Erika Slezak) would be getting a new love interest Dr. Douglas Kline. However, Mark LaMura’s brief appearance in the role never took Viki any further than a drunken dinner gone-bad!

Just as fans were starting to wipe away their tears and accept that Asa Buchanan wasn’t coming back, they were hit with another hard disappointment… May 2007 marked the last time we saw Evangeline Williamson as she laid in a coma, resulting from another unsettled contract negotiation between her portrayer Renee Elise Goldsberry and ABC. With the recent quick flashes of a coma-ridden Evangeline, fans still hold out hope that one day she’ll return to the show!

After months of wondering if Spencer Truman’s ex-wife Paige Miller was his murderer, fans were still left out of the loop after her portrayer Alexandra Neil made her exit in July 2007. However, the show put our minds to rest when the real killer finally surfaced, leaving fans to give Paige a respectable sendoff as she traveled across the world to conduct her civic duty helping others!

Although fans of As the World Turns were saddened when Zach Roerig left his role as Casey Hughes, they were soon excited when OLTL didn’t waste a moment picking him up for the role of Hunter. While Hunter was a key character in the disappearance of Todd Manning (Trevor St. John), in August 2007 his role sadly came to an end when the storyline soon wrapped up.

The show threw us a twist during their controversial storyline surrounding the One Pure People racist group, which landed in heartache when fan favorite Tate Harmon turned out to be the one terrorizing the residents of Llanview. Therefore, when Tate was hauled off to prison in August 2007, Chris Beetem left the show – and took our hearts with him!

That same month, Jack Manning got a new face! One day we were seeing Thomas Justusson in the role then in the next, Carmen LoPorto appeared as the new Jack. Unfortunately, although this wasn’t done to age the character, replacement of young soap roles seem to be a common occurrence.

Fans were ecstatic to hear that Jason-Shane Scott was bringing Will Rappaport back to town! However, his short visit home to check in on his mother, who was faced with murder charges, ended in October 2007 after Lindsay Rappaport (Catherine Hickland) was sent to St. Ann’s on an insanity claim.

On the other hand, fans couldn’t have been happier to hear that stuck-up Britney Jennings was leaving town for boarding school in the same month, October 2007. However, knowing her portrayer Portia Reiners wanted to spread her wings in the acting world, we were there to wish her all the best!

As if October wasn’t filled with enough drama, we weren’t very happy to hear that Ron Walsh wouldn’t be sticking around to face the music – after helping his sister Marcie (Kathy Brier) escape the law. If not for anything other than to indulge us with a few more episodes filled with the eye candy that super hottie Tim Adams added to the show!

November 2007 was a sad month for all Nathaniel Martson fans. Although we will always be here with our support and thanks for everything he brought to the show, we will never forgot his transformation from Al Holden to Dr. Michael McBain and all that he brought to the roles!

In December, fans were torn when Marty Saybrooke met her ‘no body was found’ death. While some hoped John McBain (Michael Easton) and Marty would have had more time to develop their relationship, others wondered if Christina Chambers exit left the door open for ‘Marty’s’ return…No matter what the future holds for the ‘dead’ character, we applaud Christina for the way she swooped in and made the role her own!

Never could December be more exciting, yet disappointing for Tuc Watkins fans! After months – heck, years – of having David Vickers coming and going to and from Llanview, we were saddened with his final farewell! Though Tuc’s current character lives on Wisteria Lane on Desperate Housewives, we hope he’ll one day bring David back to Llanview for good!

On that note… While we are set to lose a few more faces in 2008, we’re sure the year will also bring Llanview some new residents and who knows… maybe some faces from the past will resurface once again! We’d welcome them with open arms!

Soaps.com wants to send all of those who have left the show a big hello, along with our best wishes for 2008! May this New Year bring each and every one of you a new milestone in your career!

One Life to Live’s Curse Of...