One Life To Live’s Austin Williams In Sugar 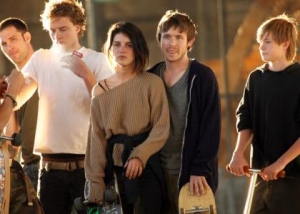 To the big screen!

The film is directed by Rotimi Rainwater and will be seen through the eyes of a twenty year old named Sugar and surrounds a group of homeless kids who try to survive day after day on the streets of Hollywood, California.

Soaps.com congratulates Austin on his new role. We’ll be sure to keep our readers posted on when they can expect the film to hit theaters.

Former One Life To Live Star...