One Life To Live: Possible Return For Nathan Fillion? 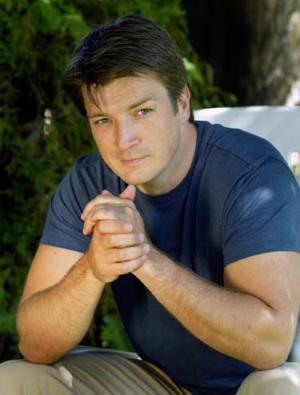 If he had his way, Nathan would head back to Llanview!

Recently, during an interview with the Hollywood Reporter, former One Life to Live actor Nathan Fillion, who played Joey Buchanan on and off from 1994 through 2007, expressed that he’d love to return to Llanview. Given the current recast of Joey, now played by Tom Degnan, Nathan said, “They just got a new Joey, the character I played, so I would love to go back and just do a walk-on where Joey’s in the middle of something super serious, [acts out bumping into him] and says, “Oh, hey. Sorry,” and then just keep waking. I would love to do that.”

Would you like to see ABC bring Nathan, who’s the star of the hit series “Castle,” back for a walk-on role? Vote in our poll to let Soaps.com know! For more on the actor currently playing Joey, please visit Tom Degnan’s Actor Profile.

We invite you to join Soaps.com on Twitter @soapoperafan and “like” Soaps.com on Facebook to dish on One Life to Live, all the other soap operas, Glee, Grey’s Anatomy and Vampire Diaries!

One Life To Live's Terrell Tilford...