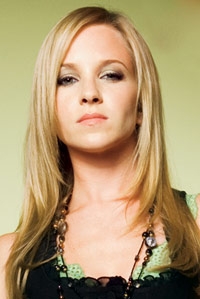 There has recently been a change to the location and time for Justis Boldings first fan club party, The Tails N Tots event! Although it’ll still be held on May 10, 2008, fans will gather from 11:30 AM to 3:30 PM at the Regal Sun Resort in Downtown Disney at 1850 Hotel Plaza Boulevard, Lake Buena Vista, Florida 32830.

Get ready Justis Bolding (Sarah Roberts) fans, the One Life to Live actress is making plans for her very first fan club event, “Tails and Tots!”

This charity event will take place on May 10, 2008 at the Imperial Swan Hotel in Orlando, Florida. From 2:00PM till 6:00PM Eastern Time, fans will enjoy lunch and a cash bar with not only Justis but with other ABC soap stars including Brandon Buddy (Cole Thornhart), John Brotherton (Jared Banks), Bree Williamson (Jessica Brennan) and BethAnn Bonner (Talia Sahid) and General Hospital’s Josh Duhon (Logan Hayes)!

Fan Club Presidents Janine Palkovics (Justis Bolding’s Pres.) and Amy Button (Sabine Singh’s Pres., All My Children’s Greenlee) will be organizing the “Tails and Tots” event with all proceeds going to the charities as follows…

Best Friends Animal Society, which is Justis’s charity of choice, is a ranch in Kanab, Utah that rescues animals in an attempt to nurse them back to health.

The Art of Youthful Living , which is one of Sabine Singh's (All My Children’s Greenlee) charities, is a training program for children who are Katrina survivors and victims.

For all event details such as admission costs and hotel accommodations, please email any questions to tailsntots@yahoo.com or visit their
Tails and Tots MySpace page!

Although more attending stars will be announced as word of their confirmation comes in, all actor appearances are subject to change.