One Life To Live Alum Chris Beetem On Blue Bloods 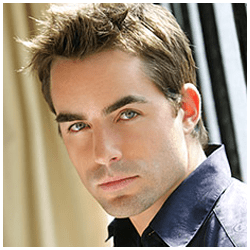 Though his character Tate Harmon is locked away in Statesville prison, former One Life to Live actor Chris Beetem will be making an appearance on November 12 on the CBS hit series “Blue Bloods.” Joining Chris in the episode will be Amy Carlson who played a temporary replacement on Guiding Light in the role of Harley Spaulding back in 1998.

Do you plan to watch Chris in “Blue Bloods?” Vote in our poll to let us know. For details on which other Llanview actor recently appeared in the series check out One Life To Live’s Florencia Lozano On Blue Bloods.

We invite you to join Soaps.com on Twitter @soapoperafan and “like” Soaps.com on Facebook to dish on One Life to Live, all the other soap operas, Glee, Grey’s Anatomy and Vampire Diaries!

One Life To Live's Hillary B. Smith...