One Life To Live Casting Change! Tom Degnan In, Josh Kelly Out As Joey Buchanan 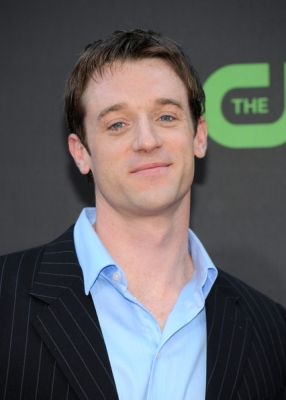 Earlier this week we reported that Josh Kelly Had Been Recast As Joey Buchanan. ABC has now made a sudden casting change for the role of Joey Buchanan and has another contract role for a new character that would be better suited for Josh in mind. Stay tuned for more information on that when it’s released.

In the meantime, look for former As the World Turns actor Tom Degnan (ex-Adam Munson) to enter the role of Joey Buchanan on November 24.

Executive Producer Frank Valentini explains: “After auditioning a talented group of guys for the role of Joey, we are excited to announce that not one but two of them will be joining the cast of One Life to Live in contract roles. We have now cast Tom Degnan in the role of Viki’s son, Joey Buchanan, and we have decided that Josh Kelly is a great fit for the other contract role that we have written. We look forward to both actors joining the show.”

What do you make of this news? Leave us your comments below. We invite you to join Soaps.com on Twitter @soapoperafan, and Facebook. Come tweet and Facebook with us over scoops on One Life To Live and all other soap operas.

One Life To Live: Melissa Fumero...

One Life To Live Poll: The Ford...