Terrell Tilford And Jason Tam Fired From One Life To Live 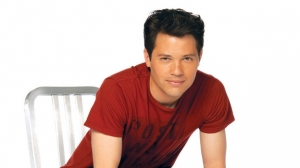 Though neither ABC nor the actors were available to comment, ABC Soaps In Depth is reporting that One Life to Live actors Terrell Tilford (Dr. Greg Evans) and Jason Tam (Markko Rivera) have been let go from the show.

Given that Terrell’s character is involved in a storyline that can’t end well for Dr. Greg Evans, Soaps.com was afraid this news would come sooner or later. As for Jason’s role as Markko… Jason left the canvas over the summer to attend The Public Theatre’s Shakespeare Lab in New York City and recently returned in his Llanview role. However, it appears Markko will be heading back to college and leaving Llanview again as well.

Soaps.com will bring our readers more details as they are released. Until then, we wish both actors the very best in their careers and hope to see them in Daytime again one day. On a happier note, did you hear that Frank Valentini And Ron Carlivati Signed New Contracts With One Life To Live? Soaps.com is on Twitter @soapoperafan and “Like us” on Soaps.com’s Official Facebook Page where we serve up soap news daily, hot from the presses!