Over the river and through the woods...
Bye, bye, Layla, off to Paris you go. Here's another storyline that I have no interest in. Though I'll miss Tika Sumpter I long for Cris Vega to have a storyline that I can actually care about again. I'm not sure if I'm going to get my wish or if I'm going to like Gigi and Cris working so closely together at Llanview U. However, being that I do have an open mind I'll wait to reserve judgment on this one. Rex is going to be occupied with the new case Kelly has him working on. I'm finding his interactions with Gigi to be a bit forced these days. Do we have any Rex/Kelly fans out there or are you still hoping that Rex and Gigi get back what they once had? Please vote in my One Life To Live Poll: Kelly and Rex Pairing to let me know. At this point, I'm open to a possible mutual attraction between Kelly and Rex.

New to The Palace menu: Shrooms!
Loved the scene at The Palace this week! The way Dorian was hallucinating you'd have thought she ordered some magic mushrooms off of Renee's secret menu. And when Bo snapped at Clint about having a MyFace… classic! Clint is like a little kid with a new toy posting all of those fake status updates on David's profile. Inez has no idea what she's getting herself into. Bo's reaction to Clint swooning Inez's attention away clearly sets the stage for some upcoming tension between Bo and Nora. I hope so, anyway! Back to Dorian... I think she's being a bit selfish to be acting so recluse and trying to shut out the world by hiding under her covers with David's MyFace profile refreshing on her laptop. She should be thanking her lucky stars that Blair, one of beloved Cramer girls, didn't die at the hands of a killer!

Hitting below the belt?
Langston is definitely a woman scorned but personally I think it was a bit childish [coming from someone who's dabbled in adult games over the years] to mess with Ford's career as retaliation. Don't get me wrong, Ford has crossed the line numerous times with women but as women we have the ability to either prevent or allow men to manipulate us. Ford was willing to give up teaching Langston's class. She didn't want him back, which was very smart on her part, so why not just leave well enough alone? She can't very well say he's the reason she lost Markko. Langston's actions are the reason she lost Markko. Is Ford a dog? For sure. Is Langston hitting below the belt? This Llanview writer thinks so… 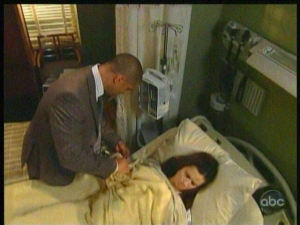 Credit: The beginning to the end? (Soaps.com)

This week brought us two major reveals. Were there any of you who thought Eli had really died? Let’s start off with the latest Daytime ‘back from the dead’ plot then move on to the rest of Llanview. I must warn you, I had plenty to rant about this week…

You were expecting someone else?
Well, it was no surprise to me that Eli was alive. To Greg, maybe, but I had a feeling we hadn’t seen the last of the evil mastermind. I found the show’s play by play of how Ross helped Eli get out of the fire to be a little unbelievable, especially since John and Blair had been watching ‘Eli’ burn. Maybe it’s still nuRoss who’s clouding my perception. I’m so disappointed that this storyline is no longer of interest to me due to the lack of familiarity with the character. Don’t get me wrong, I’m well aware that recasts are a normal part of Daytime. I just can’t get into this one or the storyline surrounding it. What a shame… It also wasn’t a surprise that Tea is still alive. Greg almost slipped up to Eli during Wednesday’s episode when he was trying to defend his part in ‘deceiving Tea’. I think Eli told Greg to get rid of Tea for good. Even though Greg was backed into a corner in order to protect his family, I knew he didn’t have it in him to kill Tea. Protecting his family or not, Greg won’t get off the hook easily when everyone finds out Tea is still alive.

I’m her dad.
How inconvenient for Todd that the second Dani was going to try out calling him dad Ross appeared and was on the receiving end of that word? I used to love the father/daughter connection between Dani and Ross but again, with the recast, this is another big disappointment. Frankly, the sooner Ross is arrested and stashed away in prison the better. He’s no match for Todd and I don’t think Dani is going to be as willing to give Todd up as Ross may think.

Cry me a river.
I am so over this whole Jessica and Brody debacle that I almost can’t wait for Bree Williamson to head out on maternity leave so we don’t have to be subjected to Jessica’s issues any longer. Brody’s scenes were heartfelt. Some think he was acting like a hypocrite due to his fling with Natalie. He was, to some extent, but there is no doubt in my mind that he loves Jessica and wants all of this mess to work out the way it was meant to. 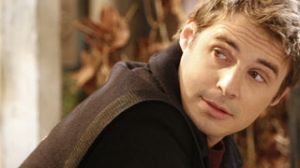 One Life To Live Saturday Teaser Poll: Who Helps James? 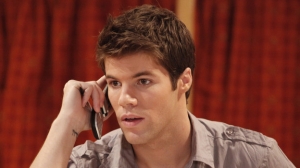