Erin Torpey: Where Is She Now? 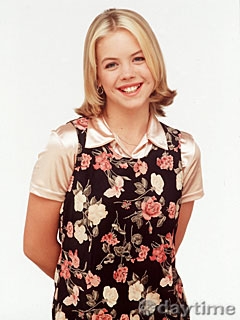 It’s been four years since One Life to Live’s longtime portrayer of Jessica Buchanan, Erin Torpey, left the show. Taking over the role in 1990, Erin spent thirteen years winning over the hearts of viewers and castmates alike. When deciding to leave the show in January 2003, leaving the door wide open for Bree Williamson to take right over, Erin left with two Soap Opera Digest Award Nominees and one Soap Opera Digest Award for Outstanding Teen Performer under her belt.

So where is she now?

Although Erin continued on with her television and movie career, appearing in shows such as “The Handler,” “Head Cases,” “Bones,” “Navy: NCIS” and including the movies “Dirty Deeds,” “Crescendo,” “Fierce Friend” and the voice of Sleeping Beauty in Disney’s new princess DVD “Enchanted Tales: Follow Your Dreams,” she has since put most of her time and effort into her music career.

With anticipation for her upcoming CD release, “Part of the Plan,” Erin is currently in the studio working diligently to make that happen! For those who want a sneak peek into Erin’s music, you can listen to her first single “Life Goes On” at her Official MySpace Music page now! While you’re there, be sure to leave Erin a comment with your support and let her know her longtime fans haven’t forgotten her!

As always, Soaps.com enjoyed opening our sealed soap vault to reconnect you with one of One Life to Live’s most memorable kids from Llanview! We want to wish Erin much success in her music career and we hope to once again see her on daytime sometime in the future!

To learn more about Erin – and to stay up-to-date on her latest news – please surf on over to Erin’s Official Website or feel free to send her a friend request from her Official MySpace Music page today!

Happy Halloween from The Manning's!