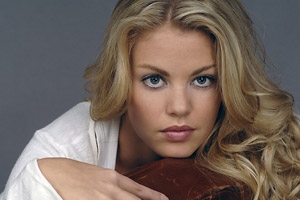 Although a scare swept the net with reports saying that One Life to Live actress Bree Williamson (Jessica Buchanan) might not remain with the show after her contract was up, Soaps.com is now happy to report that Bree has just re-signed, keeping Jessica in Llanview!

Since taking over for Erin Torpey in February 2003, Bree has made the role her own and has developed what was once considered a shy, level-headed character into a multifaceted leading woman of
One Life to Live!

Born and raised in Toronto, Canada, Bree originally wanted to pursue a career in business psychology or women’s studies. However, in her late teens, she and her sister, Tarra, opened a successful clothing store while Bree went on to attend the University of Toronto – ultimately graduating with a Bachelor of Science degree.

Prior to landing her first daytime role as Jessica Buchanan, and making the move to Manhattan, Bree has appeared in the 2003 Toronto Film Festival film “Adam and Eve,” has had guest-starring roles in the Toronto-based “Mutant X,” Columbia Tristar's “DOC” and “Nikita,” along with numerous commercials for companies such as Pepsi and Tostitos. When not working, she enjoys reading and is an extreme sports enthusiast.

Although we don’t know the terms of her agreement – since ABC does not comment on actor contracts - Soaps.com wants to say thank you to Bree for re-signing with the show! We’ve enjoyed what you’ve done with the character of Jessica and hope she’ll bring us many drama-filled years ahead!

To learn more about Bree, please stop on over to her Official Website today!

Happy Halloween from The Manning's!