Join Me In The Steam Room, Anyone?
I really could have used an extra hand, to hold a fan, while typing up Tuesday's recap for you. While I enjoyed the interactions between James, Nate and Ford it was a bit hard to concentrate with all of that Ford/Salinger testosterone erupting in the steam room! I don't think the steam room in Llanview has gotten that hot since the scene with Nash and Jessica back in January of 2007. I've liked James from day one, have been peeved with Ford for quite some time, and have never really cared about Nate. However, when you put these brothers together I'm all for them! If you missed Michael Fairman's Interview with David Gregory, Nicolas Robuck and Lenny Platt check it out! Speaking of sets getting action, it looks as though Llanview U is going to be the place to be. Not only is it pushing Langston [who rocks her new hairdo], Ford, Starr and James back together Gigi and Cris are going to be thrown into the mix. As long as the scenes don't replicate those of Llanview High I'm onboard!

Going To The Darkside.
Remember months ago when I couldn't stop ranting about Clint's vindictive behavior during the whole Nora/Bo debacle? I'm starting to think that I may have felt that way due to the other characters who were involved in that storyline because I'm surprisingly loving Clint's 'Asa' side. However, Matthew's bratty attitude, not so much. The way he treats Nate is totally ridiculous. Do rich kids really act that way? I guess I've seen enough of the behavior through some of the shows on MTV but I still can't fathom where these kids get off looking down their noses at those less privileged. After all, they aren't rich… Their parents are! At the rate Matthew's going he's going to have no trouble filling Asa's shoes at Buchanan Enterprises.

The Rh Factor.
Why does everything that goes wrong in Jessica's life have to stem from something medical? If she's not buried within her D.I.D. identities, she's fighting her Hepatitis C and now dealing with the Rh factor in her pregnancy, not to mention longing for medical proof as to who fathered her child. While I've always appreciated the public awareness that goes hand in hand with these storyline ingredients a good recipe uses them sparingly. I'm no chef but Jessica is looking more and more to be a recipe for disaster. 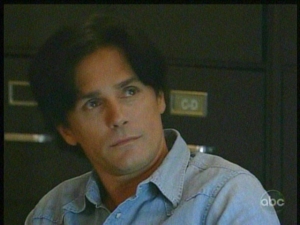 Hey everyone, it’s good to be back! Though I was on vacation last week I didn’t miss the excitement that unraveled and found much to pick apart in Llanview, and beyond, this week. Let’s take a look…

Casting Mix-Ups 101.
First and foremost I am not feeling the Ross recast at all. Nothing against Billy Warlock, as I haven’t had any issues with his prior Daytime or Primetime roles, but nuRoss is nothing like the previous two actors who played the character. I really think the show missed the mark on this one. Big time. It just proves that some casting choices aren’t always beneficial to the character, even when you try to put a soap vet like Warlock into the part. I’d love to hear your take on this casting change. Please vote your ‘favorite Ross’ in my Ross Recast Poll.

Now You’re Going To Kill Me Too…
I was a little stunned that Blair called Eli out like she did, especially being so far away from Llanview and without any protection from this serial wife killer. Blair’s a strong woman and all but I would’ve figured she’d be a little slyer about handling Eli. I bet Eli could’ve sold Blair on the idea that Ross was in fact Bennett Thompson if Blair hadn’t known about the mug shot. In the end it didn’t matter because Eli was the main course for what could’ve been a big Tahiti BBQ. I’m not happy about losing Eli from the canvas as another charred body that could very well end up not being Eli’s who in turn may show up down the road to finish what he started. I wish the show would throw away some of these storylines instead of storing them in the Daytime recyclable bin.

We Were Too Late…
Todd and Dani couldn’t have drew me in any further. Their scenes held me with emotion, reeled me in with regret and made me feel their loss. I liked seeing Shaun confront Greg and look forward to finding out exactly what Eli was holding over him.

I’m An Embarrassment.
It was an important storyline move to have Marty visit Hannah. Marty knows Hannah wasn’t to blame for the loss of her baby. Even though Hannah has plenty to feel guilty about Marty’s made her fair share of mistakes in the past and could really help Hannah get through everything that’s happened. As Nora stated there’s going to be some charges that Hannah won’t be able to crawl away from, which is going to bring this storyline down a different road. Cole has proven he’s going to stand by Hannah and I have to wonder… with his status on the show still uncertain could it be we’re watching the end of Cole unfold before our eyes? Stay tuned. 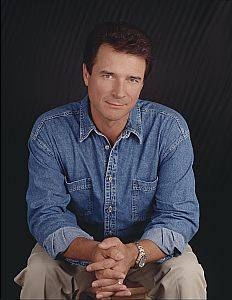