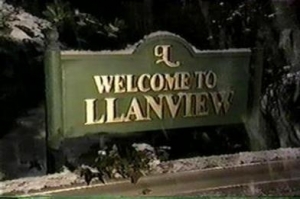 Look out Llanview, there’s about to be a new man in town! Actor Brian Kerwin has been cast to play Charlie – the latest character addition to One Life to Live’s list of new faces!

No stranger to daytime, some longtime fans may remember Brian from his 1976 role as Greg Foster on The Young and the Restless. He’s also appeared in shows such as Monk, Desperate Housewives, Without a Trace, Close to Home and many, many more! Furthermore, fans can look forward to Brian’s new 2008 movie “27 Dresses” where he will play the role of Hal.

Now for a little sneak peek into Brian’s character, Charlie, and how he’ll fit into the Llanview scene…Without exposing too much, fans can expect Charlie to sweep a leading lady off her feet. However, whether or not his motives are sincere, or if he’ll have help from a certain other new character, has yet to be determined!

Don’t missed Brian’s first airdate on October 25, 2007 and also be on the lookout for two more characters to arrive in Llanview that same week!

Soaps.com wants to welcome Brian to the show! We look forward to your debut!

Deck Out Your Cell Phone With OLTL!