You're Just Going To Let Her Go?
I loved, loved, loved the scene in Dani's bedroom where she and Todd laid side by side ranting about Tea's decision. Dani's admiration for Todd was clear when she pleaded with him to stop Tea by saying, "You're Todd Manning! You can do anything!" Even though Todd's always used his money and resources to his advantage he didn't this time. He did the right thing and took the heartbreaking route by telling Dani he couldn't make things right this time. He wanted Tea to be happy and therefore they had to respect Tea's decision. Blair and Tea's scene, same thing… emotion at its best! For two women who've hated each other so much over the years to be presently so connected emotionally, brilliant!

There's A Monster Under My Bed!
If only Eli knew what a monstrous threat Kelly was to him. She has the knowledge and means to blow Eli out of the water. I'm not sure if Rex and Kelly will be successful at putting together the pieces of the shredded Bennett Thompson file but John's hankering down on Eli as well. We can't forget that Cole's on Hannah's side too. I just hope something comes to a head before Eli rids St. Ann's of Hannah for good. Did I just say that? Wow, I never thought I'd see the day when I wanted Hannah to stick around. I'm a little miffed about Eli tricking Tea into thinking he prepared the documents to have Blair become Dani's legal guardian. At first I thought he worked things so Ross could still have a hand in raising Dani. Could it be that Eli will work it so Ross becomes Dani's sole guardian?

What? No Second Opinion?
I think there's something fishy about Tea's illness. Since the show is remaining hushed about the character's future I'm wondering if Tea isn't as sick as we all thought. She never had another opinion aside from Greg's... Next week is going to reveal a big shocker! If you can't wait to find out view the One Life to Live Spoilers for Monday. 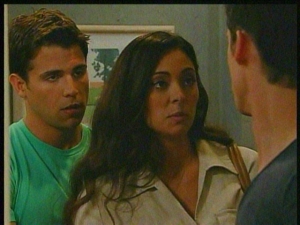 It was a short week in Llanview due to Brenda’s overly hyped up Port Charles return, which I must interject was a slap in the face to All My Children and One Life To Live soap fans everywhere. There, I said it! However, the storylines in Llanview didn’t disappoint… If I had to describe them in three words I’d say heartache, secrets and deceit would about sum things up.

We Are Family!
I must admit I was a bit disappointed with the scene at Ford and James’ apartment. I can’t quite put my finger on why… Could it be the way it was executed? Possibly… Inez kind of just threw it out there then kept repeating as to why she left James and Ford. I guess I was looking for a bit more emotion from her instead of the repetitive defensiveness. [On a side note, how about that chemistry between Inez and Bo? Loving it!] However, props to Nic Robuck (James Ford)! He’s one heck of a great actor and was the only reason I felt anything during what should have been a more climatic scene. Speaking of James what did you think about him asking Langston out on a date? Vote your thoughts in my new James and Langston Date Poll. Many viewers thought James was being too forward to ask Starr if there was any chance for them. I don’t think he was. Even though Starr and James haven’t known each other that long they did go through quite the experience together and it’s no secret that James has witnessed Starr’s upset at the hands of Cole’s connection to Hannah. I’ve always been Cole and Starr’s biggest supporter but I would definitely like to see a Starr/James pair up!

I’m Pregnant.
Well it’s about time Natalie informed Brody that she could be carrying his baby. Even if it is the case I could see Natalie and Brody erasing the possibly from their minds and moving forward with John and Jessica. I must say I was surprised by Brody’s initial reaction – and how he almost expected Natalie to get an abortion. And now that Jessica thinks it’s possible that Ford could be her baby daddy all hell is sure to break loose! In the end, I hope Natalie and Jessica get the paternity results they desire because I couldn’t imagine the other outcome, even though this is a soap we’re talking about. 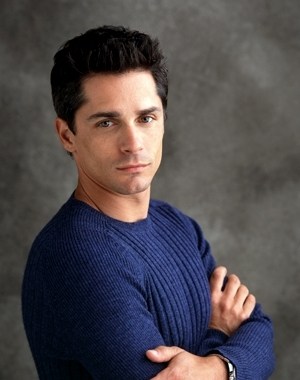 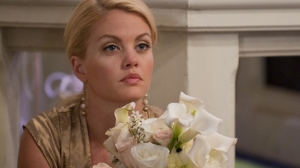