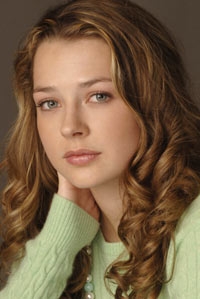 Teenage fan favorite Portia Reiners,
One Life to Live’s Britney Jennings, has decided to leave the show behind.

Although Portia (Britney) was recently in contract negotiations with
One Life to Live regarding a new four year contract, the actress has reported on her
Official MySpace that it was her decision to decline the deal in order to pursue all the opportunities life after eighteen has to offer her.

After her very first audition, Portia landed the lead role of Oliver in “Oliver.” Until the age of ten, before signing with Ellen Gilbert at Abrams Artists Agency, Portia appeared in many theater roles.

First appearing in Llanview in October 2006, Portia created the role of Britney and has been a strong presence with the popular 'teen scene,' which the show has incorporated into many of the current storylines to date! The most popular girl in school, Portia's character always thrived on making others appear beneath her and she never hesitated to let her feelings be known!

Although Portia will last appear as Britney on October 17, 2007, Soaps.com wishes her the very best in all her future endeavors!

Deck Out Your Cell Phone With OLTL!