Second Chances And New Families.
I can totally understand Natalie's conflicting feelings. At the risk of sounding like a broken record I just wish she and Brody would've been honest with John and Jessica from the get go. I did enjoy the flashes into the future where John and Natalie had a little redheaded girl and a dark-haired little boy who looked cute as a button in a police cap. I'm enjoying this domesticated side of John. With Natalie it doesn't seem forced like it appeared with Marty. Now that John knows about the pregnancy it's only a matter of time before Brody and Jessica do too. More than likely, if the pregnancy goes to full-term, I'm sure Brody and Natalie will secretly have a DNA test done as soon as they can. And then there's Ford who got tested for a STD. Does that mean he and Jessica slept together? If so, another DNA test may be in order.

Past Lovers, Losers, Do We Care Anymore?
Dorian and David need to stop this game they're playing ASAP! It's truly annoying. Writers, either rekindle the healthy sex-drive between the two of them or send them off to loserville with the other indecisive Llanview locals!

An Assistant Who Needs Assistance.
How many of you think Inez working for Bo [vote through the link] is going to cause some issues between him and Nora? We haven't really gotten a close look into who Inez is, other than a mother who abandoned her sons at the hand of an abusive husband. You never know. She could have a catty side to her, which would make for some interesting scenes. Speaking of which, her sudden arrival at Ford and James' place with Nate in tow should be a real eye-opener for all next week. 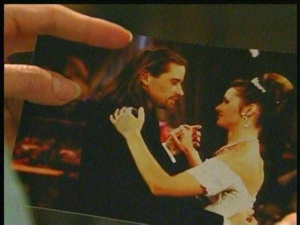 Credit: Dreams of the future. (Soaps.com)

This week was all about warnings, admissions, saving lives and even an old face from the past emerged amongst it all! Let’s take a look at where my thoughts fall into the mix…

Do You Ever Miss Your Old Face?
I enjoyed the scenes where Tea shared her past marriages to Todd with Dani and got a kick out of Dani asking Todd if he missed his old face! I also liked how they incorporated the original Todd, Roger Howarth, into the serious scenes where Tea’s memory started to fade due to the tumor. So far the way the writers are executing Tea’s illness is very realistic. I’m still wondering if they plan to kill the character off or miraculously cure her. The show is remaining hush on that one. If you think the scenes have been emotional this week next week will bring us even more.

Don’t Tell Me You Think He’s A Psycho Killer Too?
If Blair only knew just how much of a psycho killer Eli really was… Not only did Jack try to warn her, Kelly did, and John did to, but no… Blair wouldn’t listen. I don’t blame her. Hell, I still don’t want to believe Eli is the same character tons of fans fell in love with months ago. He’s also causing me to do something I never thought possible… Continue to feel sorry for the other Llanview psycho Hannah. I have to give Hannah credit for going to these lengths to protect Cole who was comfortable enough to admit to Starr that he was worried about the girl who had caused the most issues in their relationship. In the end Cole saved Hannah but I have to wonder how he really feels about her. I’d like to hear your thoughts too so please take a moment to vote in my Cole’s Feelings For Hannah Poll. Cole may not know himself how he really feels about Hannah but it was clear how he felt about James being at his apartment with Starr. Did you see the look on Cole’s face?

Evangeline Is Gone.
Cris and Layla returned with news for Llanview about Evangeline’s passing. With the file on Bennett Thompson coming into Layla’s possession and the recent attack on Cris by Eli I have to believe that Evangeline was brought back into the mix just for this storyline. With Ross coming back in the fall could it be he’s been helping Eli all along? We all know how shady Ross used to be so it’ll be interesting to see if he’s been in the loop or if he’ll be just as shocked as the rest of Llanview to find out who Eli really is. One thing’s for sure Bennett Thompson has not been deceased since 2004! 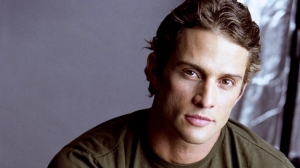 One Life To Live: David Fumero's Greetings From The Shore Free Viewings. (UPDATED!)

One Life To Live Saturday Teaser Poll: On A Date! 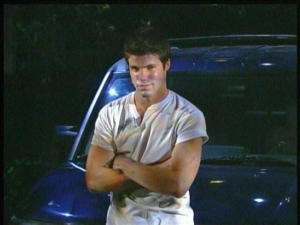