Soaps.com Clears Up Some Rumors! 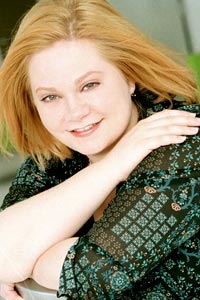 Recently, there has been some rumors flying around the net saying that two of
One Life to Live’s top actors are leaving the show. Well, I’m here to tell you they are not!

After contacting Kathy Brier (Marcie McBain) about talk of her leaving the show, the actress has given Soaps.com an exclusive statement saying, “I am not going anywhere. In fact, there’s some really great stuff coming up with Marcie so keep watching!”

Originally casted for a reoccurring role, Kathy was put on full contract in December 2002 as OLTL’s Marcie Walsh. Kathy was born and raised on Staten Island, NY. where she attended Moore Catholic High School. After studying theatre and business at Wagner College, she graduated with a Bachelor’s Degree in Arts Administration. Although OLTL is her first television role, Kathy has many theatre credits under her belt, including Fanny Brice in Funny Girl, Libby Tucker in I Oughta Be in Pictures, Joy in Cinderella and Rizzo In Grease. Kathy currently lives in Manhattan where in her spare time she loves to read and swim.

Although Michael Easton is another actor who found his contract status being questioned in recent rumor mills, he has also confirmed on his official website that he’s not leaving the show either and that his current contract with OLTL runs past 2007! !

Born in California, of Irish heritage, Michael Easton attended prep school in Ireland and England before taking up English and history at the University of California. He also studied film at New York University. Michael's many talents include being the writer/producer/director/editor of the award winning festival film "Daedalus is Dead," various screenplays including a bio-pic, "Monty", about the late actor Montgomery Clift, guest appearances on Ally McBeal, 413 Hope Street and Diagnosis Murder, to name a few. He is also a published poet and novelist. Eighteen Straight Whiskeys, a collection of poetry taken from his heart, was released in October 1997. Michael enjoys acting, directing, writing, martial arts, gymnastics, and motorcycles, to which he often does his own stunts. Michael lives in Los Angeles and is currently working on his latest novel.

There you have it fans! It’s a good day in Soap Land! Soaps.com would hate to think about losing these two great actors – and now we don’t have to!

You can learn more about Kathy and Michael by visiting their official websites at Kathy Brier.com and Michael Easton.com!