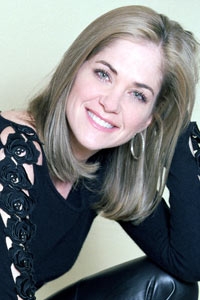 Recently I had the pleasure of talking to One Life to Live’s veteran actress and all-time favorite vixen Kassie DePaiva (Blair Cramer)! Sit back fans and enjoy as Kassie talks about the show, her music, and how it felt to watch her son, JQ, guest star on
All My Children – not to mention what it was like having her real life husband James DePaiva (ex-Max) back on OLTL, even if it was only briefly…

Amy: You have a huge fan base on our Soaps.com message boards. How does it feel to be one of daytime’s most popular actresses?

Amy: Blair is a character who processes so much diversity. Are you anything like the character you play? If so, in what way?

Kassie: Yes, I think I’m tough like Blair when I need be…I just don’t go around slapping people and sleeping with men to get my way. (laughs)

Amy: We’ve watched Blair and Max go through many trials and tribulations throughout the years. What was it like having your husband James (ex-Max) back to celebrate OLTL’s 10,000 episode?

Kassie: I was thrilled when I heard they were bringing back some of the fan favorites. Jimmy was indeed and still is one of OLTL’s most beloved characters and it felt right to see him back on set and back on screen.

Amy: The Manning’s have grown to be one of daytime’s most loved families. After working so closely with Trevor (Todd) and Kristen (Starr) do you have that ‘family’ connection off screen?

Kassie: I also have a new son that plays Jack. Carmen... He is great and will start airing soon. But Trevor and Kristen and I are very close and we really get along off screen too.

Amy: Congrats on your new hosting gig with Crochet Today! Which do you find harder… Being able to be yourself behind the cameras or acting out a script for OLTL?

Kassie: I like doing both. It will be interesting to see what the fans response is to the new Crochet show. Let me know.

Amy: In regards to your new CD “I Want To Love You…” Did you write all the music, and if so, what song do you hold closest to your heart?

Kassie: I only wrote two songs on this CD. I love them all.

Amy: I’ve had the pleasure of listening to your CD, along with watching you perform a few tracks on the show. Did you know you’d be performing your songs on the show, and were they written for that purpose?

Kassie: I picked these songs with the hope to perform some on the show. I think they are very 'Todd and Blair'.

Amy: How did it make you feel as a mom to watch your son JQ light up the set of AMC?

Kassie: I was very proud of JQ for many reasons and I was also very impressed with his acting ability. Who knew?

Amy: If there were one thing you could pass along to your fans, what would it be?

Kassie: Life is not a soap opera... go out and live.

Soaps.com wants to thank Kassie for talking with us today! Be sure to visit our latest article surrounding Kassie’s Happy Hats, to which she gives back her appreciation to The League for the Hard of Hearing at Happy Hats. Also, don’t forget to stop by Kassie’s official website to learn more about one of daytime’s most loved actresses at Kassie Depaiva.com!

Phil Carey Back In The OLTL Studios!