One Life to Live: Janet Hubert Returns As Lisa Williamson! 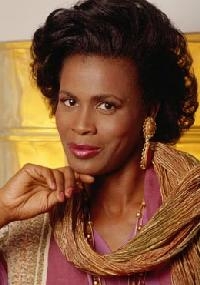 But will it be under good circumstances?

Actress Janet Hubert is about to make her way back to Daytime as One Life to Live’s Lisa Williamson, mother of Layla (Tika Sumpter) this month for a big storyline surrounding Evangeline (Renee Elise Goldsberry). Though it’s doubtful that Renee will reprise her role fans can expect a huge revelation to hit the scene starting this week when Layla and Cristian (David Fumero) make a sudden trip to visit Layla’s family – and it’s not just to tell her mother that she and Cristian are engaged…

We last saw Janet as Lisa back in 2005 and she’s most recognizable for her role as Vivian Banks on “The Fresh Prince of Bel-Air,” where she appeared from 1990 to 1993.

For those who want to know more about this storyline visit our One Life to Live Spoilers, as it’s promised to be both shocking and emotional, with a few twists thrown in! Please stay tuned to our Comings and Goings for her first air date.

One Life to Live Poll: Who Is Elijah...