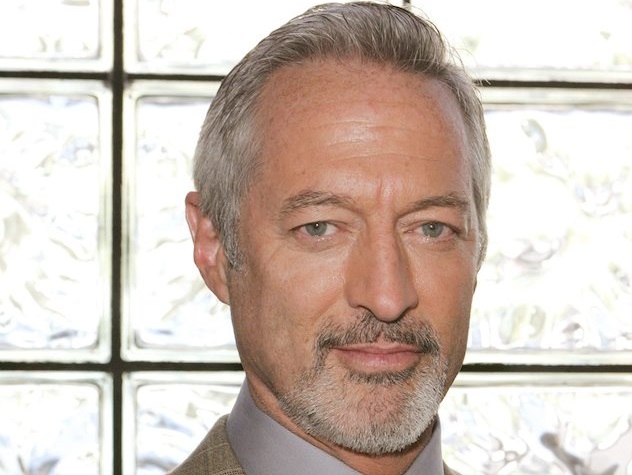 * Worked with Tina Lord and Viki's alter Niki Smith to plot against Viki.
* Murdered Harry O'Neill.
* Rendezvoused as an evangelist and a religious cult leader.
* Brainwashed Allison Perkins to do his dirty work.
* Raped Vikki Buchanan then stole Natalie at birth.
* Kidnapped Blair Manning then released her in exchange for Natalie Buchanan.
* Held Jessica hostage at Lion's Heart.
* Jessica blinded Mitch by throwing chemicals into his eyes.
* Faked his death many times.
* Was shot dead by Natalie on January 9, 2012.

Who's played Mitch Laurence over the years?

Lives changed for many Llanview residents when Mitch made his presence known in 1985, after following Tina Lord from California back to her hometown. With Tina's help, Mitch managed to torment Viki Buchanan through Viki's alter, Niki Smith. Along the way, Mitch plotted to kill not only Tina, but Viki's husband Clint and ended up murdering Niki's lover, Henry O'Neill, in the place of Clint! Though Mitch tried to run from the law, he was capture and sent to Statesville Prison, where he continued to plot from behind bars.

After his parole, Mitch took on the disguise of a spiritual leader and formed and brainwashed a cult of followers. During this time, and before he faked his death, Mitch attempted to rape Cassie Callison but was stopped by her mother, Dorian Lord - but it didn't stop him from secretly raping Viki! Allison Perkins was next to be brainwashed by Mitch, who convinced her to steal one of Viki's babies, Jessica, but later replaced Jessica and took Natalie away before anyone realized that there was a twin out there!

Years later, in 2002, Mitch made his way back to Llanview during the time when Natalie revealed that she was indeed Viki's daughter. Mitch convinced Natalie that he cared for her - and even was able to get her hand in marriage. However, after Mitch revealed himself to the Buchanans, as Natalie's husband, and dropped the bombshell that Viki had twins and he orchestrated the baby switch - and was also Jessica's father - Natalie had their marriage annulled and took her family's side to help deal with the fact that Clint wasn't Jessica's father - and that Viki had blacked out the rape.

Mitch didn't stop his path of vengeance and used many people to further it, including Jen Rappaport, but he regained control over Natalie by kidnapping Blair Manning then convincing Todd Manning to bring Natalie to him for a trade, where he prepared to have Natalie's heart ripped from her chest and transplanted into Viki's father's, Victor's, who had been alive all these years, in exchange for an altered version of Victor's will that would leave everything to Mitch. However, Viki, Cristian Vega and Jessica stopped the procedure before any damage was done to Natalie then allowed Victor to die!

After another faked death, Mitch returned to Llanview as Dorian Lord's husband, who had been off traveling for years, but in the end Dorian worked to make Mitch believe that he was losing his mind, while he was suffering from temporary blindness after Jessica had doused him with chemicals! Once recovered, Mitch almost met his maker, for real this time, after Jessica accidentally pushed him into the Llantano River. Though everyone thought Mitch was dead, Mitch's brother, Walker Laurence, rescued and took care of him then revealed that he was really Todd Manning who had taken the face of Mitch's dead brother - after Mitch had had Todd beaten to a pulp prior!

During a last ditch effort to gain the love of his daughter, Mitch kidnapped Jessica and took her to Lion's Heart, Victor Lord's hideout mansion, and tried to drug and brainwash her into loving him. Though Jessica was saved by Antonio Vega, and Mitch was arrested, still in disguise as Walker, Todd got Mitch released from jail, so he could continue his vengeance against Mitch, but Jessica came on the scene and knocked Mitch over the head, with a lead pipe, which caused his death. It was later revealed that Allison Perkins lied to Mitch and that Jessica was actually Clint’s biological daughter.

Mitch came back from the dead - but not for long... On January 9, 2012, during an altercation with John McBain, who was trying to save Natalie, Mitch was shot by a bullet from John’s gun. When the gun fell, Natalie scooped it up and shot Mitch to death . Stacy Morasco and Eddie Ford appeared as angels of death and revealed that Mitch wasn’t Jessica’s father before accompanying him to hell.