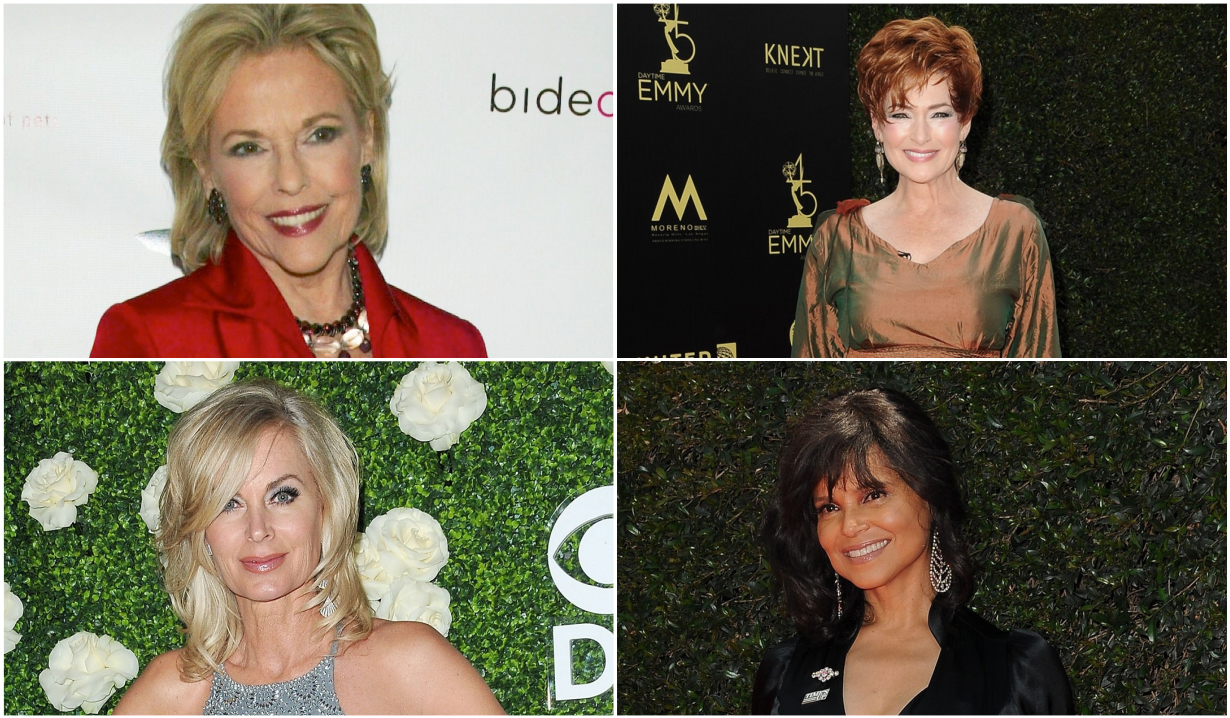 If the current four soap operas aren’t scratching that melodrama itch, and primetime drama isn’t cutting it, you can’t go wrong by picking up books by these novelists who really understand the soap opera genre.

Our mission at Soaps.com is to bring soap opera news to the people, and we only feature products we think you’ll love as much as we do. Please note that if you purchase something by clicking on a link within this story, we may receive a small commission of the sale.

The Secret Life of Damian Spinelli
by Carolyn Hennesy
Damien Spinelli is an oddball fun and lovable character on General Hospital who has a nickname for everyone – including himself which is The Jackal. Spinelli’s a computer hacker who uses his talents as a private investigator. This book reveals his exploits, some real and some imaginary, as told by Diane Miller, a lawyer in Port Charles. We hear it’s a fun read if you’re a longtime GH viewer.

Soap Opera
by Eileen Fulton
Iconic actress, Eileen Fulton, played Lisa Grimaldi on As the World Turns for 50 years, which means she has a lot of behind-the-scenes gossip and stories to tell. In this novel, titled Soap Opera, Fulton writes about a midwestern girl jilted by her fiancé before their wedding who takes off for New York City and gets a job as a soap star on a fictional soap where she comes to understand that the soapy storylines have nothing on the backstage antics. It sounds like soapy goodness!

More: Fave Hallmark Christmas movies to watch while you bake

Death in Daytime
by Eileen Davidson
Talented Eileen Davidson is well known for playing Ashley Abbott on CBS’s Young and the Restless, and Kristen DiMera (and her alts) on Days of our Lives for decades. Davidson regaled readers with her series which is based on a soap star named Alexis Peterson who stumbles upon the body of a reviled head writer. When the police suspect her of murder, Alexis makes an effort to solve the case herself – that is, until the killer decides she’s his next target! There are four books in this series, including Dial M for Murder #2, Diva Las Vegas and Swingin’ in the Rain. All equally intriguing and fun reads.

Secrets of a Soap Opera Diva
by Victoria Rowell
Victoria Rowell is popular for her role on Young and the Restless as Drucilla Winters. Her juicy story is supposed to be ripped from the headlines! After fifteen years working on the popular soap The Rich and the Ruthless, Calysta Jeffries ready to receive a Sudsy, the biggest award one can receive in the industry. Unfortunately her rival Emmy Abernathy wins. That’s when the drama begins. Feeling slighted, Calysta’s true feelings about her co star slip out during an interview.

Oakdale Confidential: Secrets Revealed
by Katie Peretti,‎ Alina Adams
This novel is based on characters from the now defunct CBS soap, As The World Turns. When Gregory Marron Jr. arrives to a social event honoring his dead family, there are three suspects in Katie, Maddie and Carly. The investigation of Gregory’s murder turns up not only many suspects but loads of past secrets. Sounds interesting.

The Man From Oakdale
by Henry Coleman with Alina Adams
Smooth and handsome, Henry Coleman is witty and has a gorgeous girlfriend in Vienna Hyatt. Henry and Vienna work together to investigate Lucinda Walsh’s missing granddaughter, Lucy Montgomery. Their adventures start in Oakdale but wind up all over the globe from Sweden to Manhattan. When another disappearance threatens their investigation, it becomes imperative that this case is closed before something even more drastic happens. This is another story based on characters from As The World Turns. We’re hooked!

Any book by one of the world’s top sellers, the late, great, Jackie Collins will have you drawn in. Collins’ novels showcase drama, romance with all of the thrills and glamor a reader could hope for. We recommend starting with Chances, Lucky Santangelo #1.

Depending on how you feel about young adult, Gossip Girl by Cecily von Ziegesar is quite soapy, as is the Pretty Little Liars series, written by Sara Shepard.

If you’re in the mood for a little soap history, there’s a 1991 book titled Soap Opera History, by Mary Ann Copeland that’s informative on both daytime and nighttime series and boasts glossy photographs from past soaps and their most celebrated scenes.

An Attack and a Crime Scene in Soaps...