No One Can Know

Ashlee has a last supper with Coop, Matt tries talking to Vanessa, Cyrus abducts Marina, Mallet figures everything out.

At police headquarters, Doris keeps calling Ashlee, worried by her recent strange behavior. She turns around to find an agitated Matt looking for information on Cyrus' case. Later, at the Beacon, Vanessa confronts Doris about Cyrus. Doris promises her that her office is working on capturing him, but Vanessa isn't impressed so far. Doris then moves on to Company. Buzz makes a joke about Alan that she doesn't appreciate. She sits down and he tells her that, at least she still has Ashlee; she should be proud of her. Doris loves her daughter, but she isn't sure about what she seems to be becoming. 'The things we do for our kids,' Buzz wonders with a twinkle as he leave with a bag of food for Marina.

Matt goes knocking on Vanessa's door. He tells her that he went to see Maureen but didn't tell her anything about what's happened. She throws him another bag he left behind and tells him to leave her alone. He vows to fight for her the way that he always has. 'This isn't like the other times,' she points out. Matt thinks that they have to show their daughter what a good marriage is and prove that they can stick together. He just wants to move forward and wants her to be by his side. After promising her that he will never let anything happen to her or Maureen, she tells him that he knows what he has to do then. He walks out.

On Main Street, Frank is angrily calling around to get people searching for Cyrus. When he gets off the phone, he asks Ashlee what she wanted to tell him. She begins to ramble and he gets annoyed. 'I did it for my mom. I just wanted to make her happy,' she says. Flustered Frank doesn't really understand where this is going and walks away. Coop notices that, once again, she didn't manage to tell the truth. He tells her that she may have done everyone a favor by shooting Alan, but she needs to tell the truth now. There will never be a good time to do that, she admits. After everything that her mother has done to try and make her someone, she will now disappoint her more than ever. He asks her if she wants to go to her mom before the police. She doesn't; she just wants a last night before it's all over: One night where she won't be judged or feel guilty, one night with him and a meal. As she cries, Coop puts his head on her shoulder and tells her that he can arrange all of that. He takes her to Company for her last supper. As they sit to eat, she tells him that she doesn't wants this anymore. Now she knows that she is not alone; she can tell the truth and everything will be okay. Doris looms close by, unhappy with what she is hearing. Doris storms in and grabs her daughter, telling her that her 'uncle Bobby needs her.' 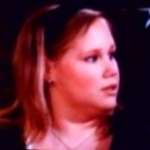 Taking Ashlee down to the police station, she shows her a jail cell and tells her that she can say hello to the rest of her life. Ashlee's guilt has gotten the better of her and her mother tries to keep her quiet. Ashlee blurts out that she can't go back now because Coop already knows the truth. Doris tells her that it doesn't matter if Coop knows; he pushed Alan-Michael off a balcony and she can ruin his life at the drop of a hat if she wants to. She won't let her little girl go away to prison. There is no way that a girl like her could survive in a place like that and she doesn't think that she could go on without her. Doris cries and pulls her daughter close. Afterwards, she goes down to Main Street alone and thanks God for letting her daughter see sense. Meanwhile, Ashlee returns to Company and Coop asks her what happened. Moments later, they arrive at the police station to report who really shot Alan.

In his room, Mallet is just grabbing something before going to the hospital to see Marina. He asks Dinah to come with him. Cyrus watches them leave from the hallway and then creeps away. Outside, a cop spots him and calls out...but he is only picking up something that Cyrus dropped. After handing it back, he tells Cyrus that he looks familiar. 'I would say that have one of those faces that look familiar, but mine is better,' he jokes. The cop doesn't laugh and Cyrus walks away.

At Cedars, Buzz has come to see his granddaughter. She is eager to get out and search for Cyrus. Buzz tells her that the cops are working on that. Mallet and Dinah arrive as Marina twists around, reminding them that Cyrus didn't act alone: He had a female partner. Mallet jokes around with her until Frank arrives and tells them all to go so that his daughter can get some rest. Marina's ready for work but her father isn't about to let her go. He asks her what she meant when she said that she was grateful to Cyrus for her injury. 'I just want him to get caught,' she says, somewhat over-enthusiastically. Frank and Buzz bring her to The Beacon where they have gotten her a room of her own. She knows that Frank is just doing this because he feels guilty for shooting him. She insists that she loves him, even if he shot her but she doesn't need him watching over her. After she shows Buzz and Frank the door, Cyrus walks in. 'Your father really doesn't like me,' he says. She can't understand why he's still around when he has the money. 'That's the rub,' he smiles. If he ever had the money, he doesn't have access to it right now and that's why he's sticking around, he explains: 'What else did you think it was?' After tucking her into bed, she finds that the phone has been disconnected. That's not enough to keep her there, she says. 'This might be,' he replies as he pulls out a gun. Getting her out of bed, he explains that he has to take her down to the warehouse. Because she's a cop, she can get clearance to the site and they can get the money. Meanwhile, at the station, Buzz finds Frank still brooding over what he's done. He promises that the next time he runs into Cyrus, he'll take a shot and he won't miss. He begins calling Marina but she doesn't pick up. In a panic, he and Buzz run off to check on her.

Dinah and Mallet go home. He says that he and Marina are always on the same wavelength and he wants to pursue her hunch. He begins asking Dinah for more information on Cyrus but she is reluctant to add anything. As Dinah plays with her Chinese food, Mallet begins looking in the closet and suddenly finds a wig. He knows right away what this means. 'Would you mind telling me how you and Cyrus got away with all that money?' She tells him that it wasn't her, but it has all fallen together in his mind. He angrily demands to know why she did it. 'He made me do it. He forced my hand!' she admits. But this isn't good enough for him. They yell at each other until Dinah breaks down and tells him that she only did what she did to keep Cyrus silent about Mallet's past. Soberly, he tells her that he didn't keep his past from her because he didn't trust her, but because he wanted to protect her. She loves him in spite of what he's done. 'I have to protect you,' he says, holding her face in his hands. 'No one can know.' After making love, they try and figure out a way to get the money back, get rid of Cyrus and keep his secrets.

Next on GL:
Daisy tries to make things more comfortable for Gus.
Dylan tells Harley that Gus is using.