Cassie visits Alan in the hospital, Billy finds evidence placing Reva at the scene of the crime, Josh and Cassie re-enact the shooting.

At home, Cassie is looking for a recipe in an old cookbook when she comes across a picture that Tammy drew of them when she was a little girl. She remembers her daughters wedding day and sits down with the picture. Josh comes downstairs and sees her with it. She says that its like Tammy wanted... Josh asks her if she remembers anymore from last night. She doesnt. He tells her that he saw her talking to someone who wasnt there. Cassie admits that she was talking to Tammy. She knows that its not real shes dead, but she comes anyway and this gives her comfort. Josh doesnt think that shes crazy, he just thinks that shes hurting more than shes even aware of and should get help. But Cassie doesnt want these visions to stop. Seeing that he wont relent, she says that shell go and see Felecia, puts on her coat and insists on going alone.

At Outskirts, Reva holds Jonathans favorite t-shirt up to her face and remembers him saying goodbye to her. Billy comes in while she stares down at the photo of Alan in the newspaper. He asks her if Alan is still shot. Still shot, still deserving, she says before talking about how Tammy didnt deserve to die. Billy notices she didnt mention Jonathan in all that. Josh arrives moments later and tells them that hes afraid Cassie is losing her grip. Last night she disappeared and blacked out; this grief may be too much for her. They talk about Cassies visions. Josh wonders if Tammy is telling her to do things.

When she arrives at the hospital, Cassie sneaks into a closet and steals an orderlys uniform so that she can sneak into Alans room. She scans over his machines and puts her hand on his oxygen. She tells Alan to open his eyes and see what hes made of her. There is no way that she will let him celebrate getting away with what hes done. As she tugs on the oxygen, the machine starts to beep and she steps back, catching her reflection in the mirror. Tammy appears, now all cleaned up and happy to see Alan lying in the hospital. Cassie says that this had to happen and her daughter tells her that it will all be okay. Cassie leans in and smacks Alan in the face before turning to see her sister standing in the doorway in shock. She tells her that no one can know what it feel like unless theyve lost a child. They talk about their grief and Cassie admits that she doesnt know what to do with all of her hate. Even when she looks at Alan in his condition, she cant feel any sympathy for him. Reva decides that they better get out of there before someone sees them.

Reva returns to Outskirts and Billy tells her that its nice for her to help Cassie out. He then shows her the ticket he found in her purse from the Towers parking garage that places her there when Alan was shot. She admits that she was there and Billy knows that she wasnt invited. She offers him a lame excuse and he doesnt buy it. He thinks that she should be worried about the police, but shes not: Alan is the only one who saw her there. She got in his face and told him off. Although she wanted to kill him, someone else had the honor of doing it. Billy thinks that they better figure who did this then, because everything is pointing to Cassie. She tells him that the only person that knows who shot Alan is Alan and, if he doesnt survive, no one will ever know. She tears up her ticket.

As they walk down Main Street, Cassie tells Josh that she just needed to see Alan lying in the bed. She starts accusing him of suspecting her in the shooting. He needs her to help him understand what shes going through so that he can help her. Cassie still refuses to accept that she could shoot someone. But she would sooner live with that, than with Josh losing his faith in her. He insists that he would never let that happen; hes just scared for her and will be with her no matter what. Right now they have to figure out what happened in the only way that they can. Were going to shoot Alan. 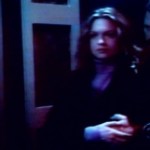 They begin going over the night of the wedding step by step. Cassie starts lying right away and Josh has to push her to be honest. She admits that she was staring at a picture of Alan, she kept it in her pocket all day and it seemed to be calling to her. It was driving her crazy. They go to Towers and get in the elevator. She remembers how all the lights lit up as she went upstairs. They go over the room and she recalls various details from the service. She remembers smashing glasses and pulling out the picture of Tammy to put in Alans face. Then, they get in the elevator and Josh puts the break on. Now, she needs to say what she wanted to say to Alan. He starts to pretend that he is Alan and starts to throw everything in her face, pushing her in the corner and shouting at her. She cant handle it and pushes him away before setting the elevator back on.

They go home and Cassie still cant believe that she could shoot someone without at least having a gut feeling that she did it. He tells her that she needs to come to him about everything from now on. Walking into the kitchen, he announces that he is throwing out her medication because it is only making her more paranoid. She wrestles with him for the pills, crying out that she doesnt want to get better. If she loses her anger, shell lose Tammy. Sitting her down and staring into her eyes, he tells her that she will not lose Tammy or him. She already feels like she is half way gone. Then she has to come back to him, he says, to be with him and to let go. Later, on the couch, she starts telling him her revenge fantasies. She wanted to take Joshs gun and shoot Alan at the funeral, or take a knife and get him at home. Josh points out that there is a world of difference between fantasizing and doing. She didnt do those things because she is not a killer. Even Alan couldnt drive her to do it. She thanks him and they embrace. As she falls asleep, she dreams of Tammy telling her that she will not go away just because she stops taking pills. She has to go now, but she will always be in her heart. Josh watches her sleep and thinks about the things that she said. He finds the box he keeps his gun in and unlocks it. It is empty.

Next on GL:
Frank wonders what will happen to the Spauldings with Alan out of the picture.
Frank tells Harley to let Daisy settle in.
Doris has had enough of Beth.