Ashlee tries to bond with her new niece, the adoption ruling comes in, Coop and Alan-Michael get into a vicious fight.

Harleys boys run around the house and find her in the kitchen. They give her a box of chocolates and wish her happy Valentines Day with Gus. The boys run off and Harley starts obsessing over why they havent heard anything about the adoption yet. Now, it looks like they could lose two children. Gus suggests that the Judge might be impressed by the lengths theyve gone to. Illegal lengths, she points out. The boarding school calls to say that Daisy hasnt arrived. Harley puts on her coat and walks out to find her. She heads to Outskirts and asks the bartender if he saw Daisy. At first he says no, but she gets it out of him and he tells her where she went.

All dolled up, Daisy arrives at Donovans door. He asks her in but wont offer her a drink because shes underaged. Instead, he invites her to sit on the bed with him and asks her what she has to offer. She takes his hand and places it on her leg. He asks if she is prepared to go higher, but before things escalate, Harley walks through the door. She begins berating them and accusing sleazy Donovan of trying to corrupt a minor. Daisy says that this is all her fault; she was only trying to make up for destroying their case. Harley shakes her head. Donovan says that she owes him an apology. I sure owe you something, she says as she knees him in the groin and walks out with her daughter.

She takes her home and reminds her that she is the adult in this situation and that means that Daisy has to do what she says and stay out of crazy situations. Things are different now for both of them from when they were younger. They walk into the house and find Gus standing quietly with the boys. He has the letter holding the Judges ruling. It is till unopened. Harley cant open it so Daisy takes the boys upstairs and Gus does it. He doesnt say anything. She says that they can file an appeal. He wont do that though; it wouldnt change anything and he wont drag the family through the court system. The Judge granted custody to the aunt and uncle. Sydney is leaving today. Harley is upset: They love her, the boys love her, shes not ready for this... He tells her that the sooner they do this, the better it will be for everyone. They have to love her enough to let her go. Harley picks Sydney up and starts to cry as she says how sorry she is.

They go to Main Street with Sydney and all of her things. The adopting uncle is there waiting for them. Harley begins to ramble about all of the things that Sydney does, all of her routines and the things that she likes. The man assures them that he and his wife will love her like she is their own. Sadly, they hand Sydney over and he walks away. They return home and find the valentines that Zach and Jude made for them. Daisy comes down and tells them that shes already put Sydneys things away for them and set out a picture of Sydney on the counter. The boys come down and Harley cries. Daisy offers to take them out and tell them what happened. As she and the boys walk off, Gus wonders if there is still hope for her. 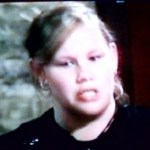 At CO2, Ashlee gives Coop a Valentines card (shes giving them to everyone). He tells her that hes sorry to hear that shes becoming a Spaulding. She thinks that it must suck to be stuck working on Valentines Day. Coop just stands there staring at Ava and Alan-Michael laughing a few feet away. Theyve been working hard on the public relations fiasco that is Alan and Doris wedding. She walks over to get some coffee from Coop, surprised to see that hes decorated the place for Valentines Day. It wasnt him, it was Buzz. He starts badgering her to have dinner with him and she finally accepts with a smile. Meanwhile, Alan-Michael has plans of his own. We have a long night ahead of us, he grins.

After work, Ava tells Alan-Michael that she is going to Towers for dinner. He offers to drive her and takes this as an invitation. They split up when they arrive and Coop finds her in the dining room. He had a small table set out for them and its decked out with the flowers from CO2. She slips and falls into his arms as Alan-Michael enters the room. He isnt pleased with the sight. He thought that they were having dinner together and points out the candle lit window booth he had reserved. As the boys start arguing over who really had a date with Ava, she tries to stop them. They grab her arms and play tug of war until she gets fed up and leaves.

Alan-Michael goes back to his office and Ava is there and is already set to leave again. She has an appointment with a journalist and walks out. He pours some champagne and theres a knock at the door. He assumes its her and answers it. Its Coop. He strides in and throws the fact that he slept with Ava in Alan-Michaels face. He already knew and isnt impressed. After accusing him of taking advantage of her when she was vulnerable, he says that if she had grief sex with me, she wouldnt be telling me to back off. Coop smashes the glasses and they begin throwing punches. Ava soon comes down the hall smelling a flower that Coop gave her. She hears the fighting and opens the door. By now, the boys are fighting on the balcony. Before she can stop them, Alan-Michael goes over the edge.

Lizzie is in her dining room shredding all of her Valentines. Ashlee pops in and hands her one which instantly finds it way into the shredder. Ashlees upset, it took her forever to find one that said step-niece on it. Lizzie rolls her eyes while Ashlee rambles about how she doesnt have to call her auntie and then, suddenly, picks her up and carries her to Outskirts. Auntie Ashlee rambles on about how much she empathizes with her new step-niece because she loved Jonathan too. Lizzie doesnt think it is really comparable, but that doesnt seem to curb her enthusiasm. She then introduces Lizzie to Jamie, who works in Doris office. This is appalling for Lizzie, who is not in the best frame of mind for blind dates. Nevertheless, Aunt Ashlee refuses to let her escape. Ashlee is drinking sangria before remembering that she has a dress fitting. She runs away and Lizzie gets ready to follow. Jamie tries to convince her that hes a nice guy and is kind to dogs. Lizzie almost smiles and stays, though not without warning him. She tells him the story of her relationship with Jonathan, his love for his own cousin, his death with her daughter. Now they are just pictures on a wall. Theyre dead because of Alan and he is getting away with it because he always gets away with it. He says that it sounds like its all Alans fault. This starts here ranting about how much her grandfather loves his family, but how he treated Sarah like a thing when she was her daughter. She smashes her glass and says that, yes, this is all Alans fault. She goes home, takes out Alans photo and says it should have been you before putting it through the shredder. Then, she takes out her photo of Jonathan and Sarah and holds it against her chest.

Getting Ready for Valentines