Mark Schlereth on His Unexpected Jump From Sports to Soaps 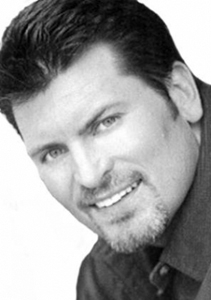 Mark Schlereth is a former NFL football player, an ESPN commentator, a sports writer and now…a soap star? Sounds strange, but with his recurring role as detective and crime novelist, Roc Hoover on Guiding Light, this pro athlete can now add actor to his resume.

I had the chance to talk with Mark about his foray into the world of soaps and had to know how a football player with no acting experience got cast on Guiding Light. According to Mark, the show came looking for him. As Mark recalled, “I was sitting here at ESPN in the newsroom and [I get] this random email from the Guiding Light. So I open it up and I read it and I kind of laugh to myself because I thought I was getting Punk’d by one of the guys here. The email said something to the effect of ‘We really like you on camera here at the Guiding Light. We think you have a great presence. We think you have a look that would be appealing to soap opera fans. Would you be interested?’”

Still thinking it was a joke, Mark “kind of laughed it off you know and I’m looking around the newsroom trying to see who set me up and there was nobody around, no cameras around so I end up emailing the people at the Guiding Light. And the next thing you know I was heading down to New York to do a little read and they told me that they’d like me to come do this part for them.”

After a successful 12 year run as an offensive lineman for the Washington Redskins and Denver Broncos, Mark moved into a career as an analyst for ESPN and as a writer for several different sports magazines including ESPN and Men’s Health. So when Guiding Light came calling, he thought of it as just another challenge. As he explained, “I thought it would be something that might be fun. Initially when I first started talking with them I thought ‘Naw, I’m not gonna do this. This is not in my wheelhouse.’ But I always look at things from a fairly interesting point of view. You have to challenge yourself; you have to put yourself in uncomfortable situations if you want to grow.”

Since he’s had no formal acting training, Mark was concerned he would come off as unnatural, explaining, “I just didn’t want to look like I was trying to act. I just wanted to find something within the character that was a lot like me.”

Aiming to remain as natural as possible, Schlereth’s biggest concern was that he would start acting and then, “what you’ll end up doing is overact and you won’t be invited back.”

Clearly that wasn’t a problem, as he let me know he will be back in the studio taping scenes by the end of September. While he doesn’t know when they’ll air or even what’s in store for his character, Mark did share that the writers are giving Roc Hoover a backstory. “They’re telling me to get my acting chops ready ‘cause they’re giving me a past and they’re gonna give me a little bit more of an assignment this time. So we’ll see how I handle it.”

As for working on the GL set, Mark couldn’t be more pleased with his new situation, as he enthused, “The cast has been great. I’m telling you it’s so much like a family it’s unbelievable. Everybody was so kind and very very gracious and it was very much like a team. Very much like being in a locker room setting so to speak. They made me feel very comfortable.” He added, “They’re a fun group of people.”

Since he wasn’t a soap fan prior to being cast, Mark wanted to make sure his castmates knew he took his role very seriously. Even though, as he admits, he’s even made fun of himself for being on a soap opera, he wanted everyone from the actors to the behind the scenes players to understand that “I had nothing but respect and admiration for what they do and how they go about their business. So hopefully I was able to convey that to them.”

While he may take his new job to heart, I had to assume his football buddies and ESPN colleagues didn’t take it quiet as seriously. Mark admitted, “They all give me grief. I get phone calls like ‘That’s just bad football…being on a soap.’” But all kidding aside, Schlereth assured me, “They’re all happy and excited about it and think it’s fun.” ESPN even featured his first GL appearance on the Sports Center Top 10, “I think I was #4.”

With meatier scenes awaiting Mark, he’ll be honing his newfound acting skills and delving into who his character really is. We here at Soaps.com can’t wait to find out if Roc and Jeffrey have more of a past together than we know or if Marina will turn out to be a love interest for him. I’d like to thank Mark for taking the time to speak with me and hope he continues to enjoy his new home in Springfield.